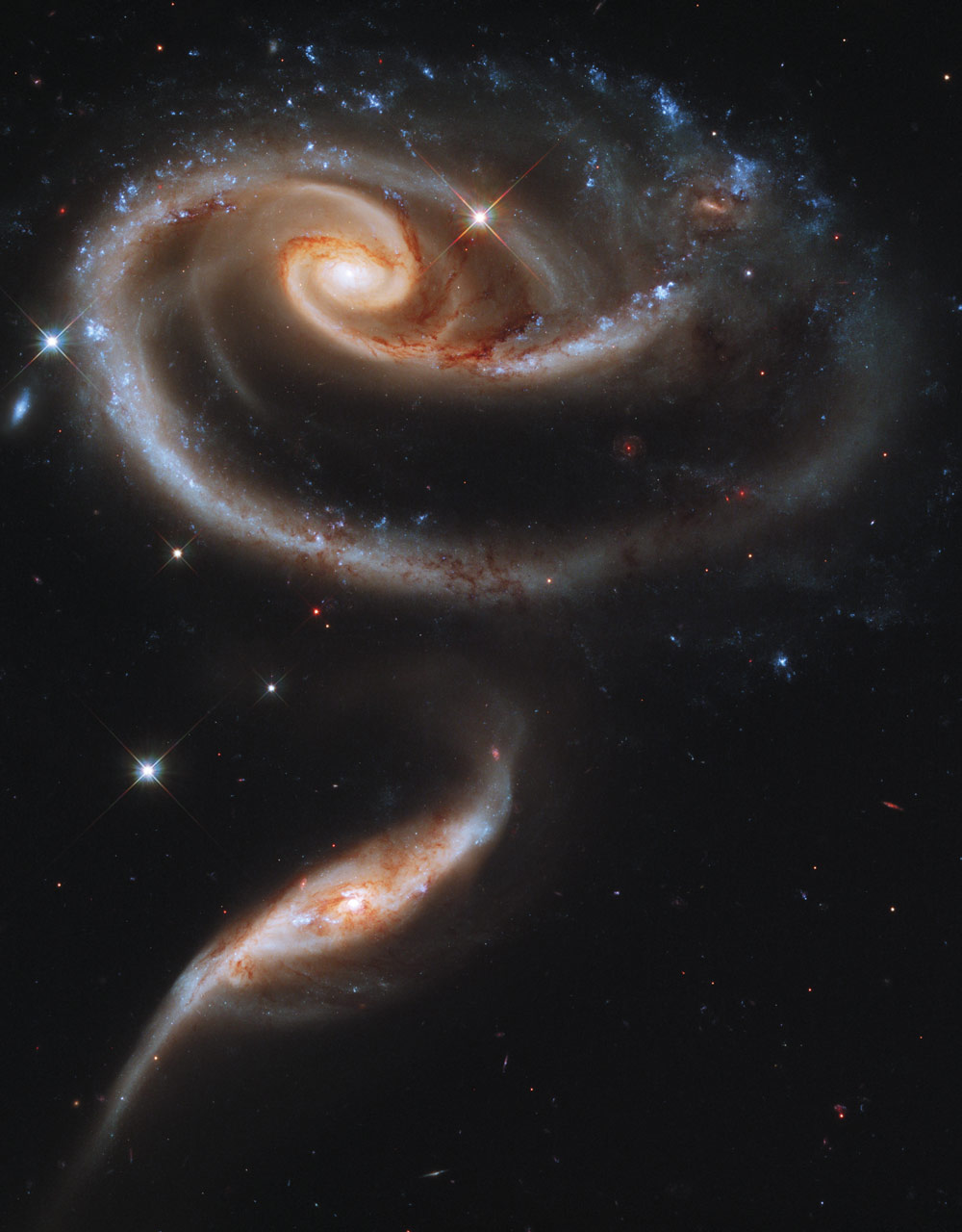 Far-Out Galactic Interactions In April 2011, astronomers pointed the Hubble Space Telescope at an especially photogenic pair of interacting galaxies called Arp 273. The larger spiral galaxy, known as UGC 1810, has a disk that is distorted into a rosette shape by the gravitational tidal pull of the companion galaxy below it, known as UGC 1813. A swath of blue jewel-like points across the top is the combined light from clusters of intensely bright and hot young blue stars. These massive stars glow fiercely in ultraviolet light. The smaller, nearly edge-on companion shows distinct signs of intense star formation at its nucleus, perhaps triggered by the encounter with the companion galaxy. Arp 273 lies in the constellation Andromeda and is roughly 300 million light-years away from Earth.