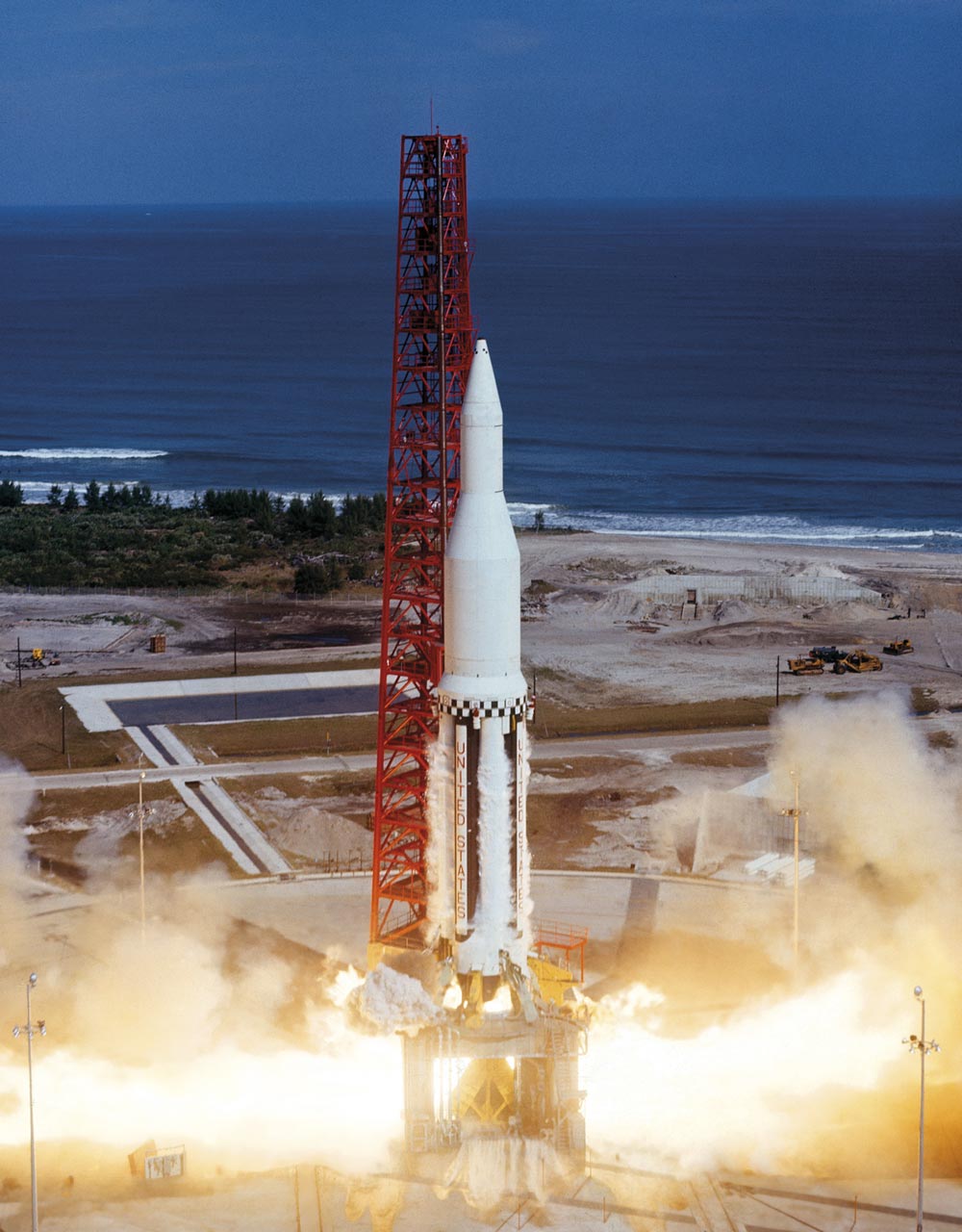 Suborbital Water Balloon In the early 1960s, it was clear that only a rocket with a cluster of engines would be powerful enough to send Apollo astronauts to the Moon. The Saturn I program, which gave NASA experience launching these giants, had its third test flight fifty years ago this week. The unmanned, eight-engine SA-3 vehicle had a fully-fueled first stage and two dummy upper stages filled with 109,000 liters (30,000 gallons) of water. The water was part of Project Highwater, an experiment to study how fuel released into the upper atmosphere would affect radio transmission and local weather conditions. At an altitude of 170 kilometers (105 miles), the upper stages were detonated, and within seconds ground observers witnessed a huge ice cloud estimated to be several kilometers in diameter.