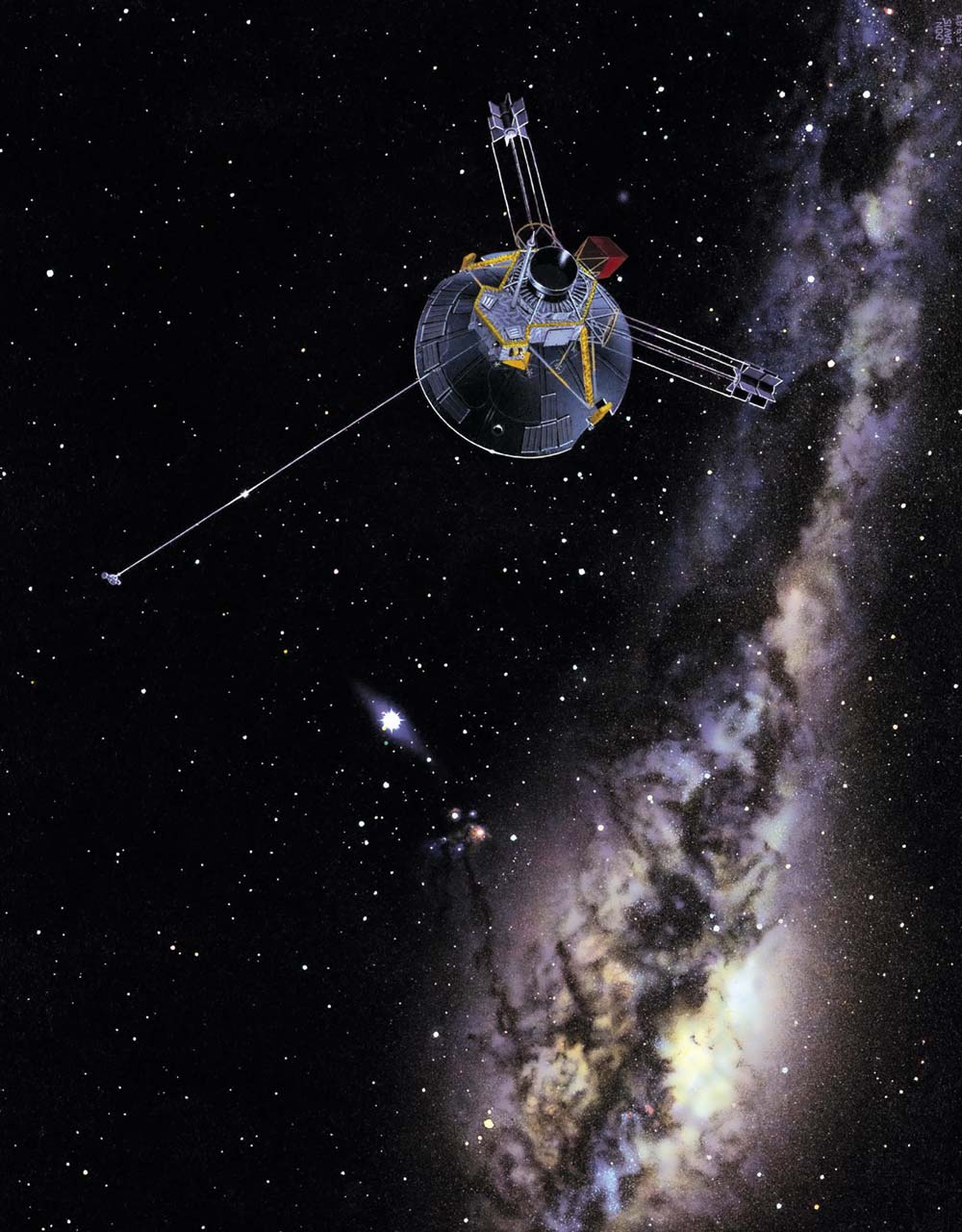 Final Words Pioneer 10 holds a special place in the history of robotic space exploration. Launched in 1972, it was the first spacecraft to travel through the asteroid belt between Mars and Jupiter, and in late 1973 Pioneer 10 flew past Jupiter, another first. Although its nominal mission ended in 1997 when it was 10 billion km (6 billion mi) from Earth, Pioneer 10 continued to intrigue scientists who studied the “Pioneer Anomaly,” a subtle, unexplained Doppler shift in the spacecraft’s radio signal. Recent studies ultimately attributed the anomaly to uneven thermal radiation from the spacecraft. Ten years ago this week, the last faint signal was heard from Pioneer 10 when it was 12 billion km (7.5 billion mi) from Earth, more than thirty years after it was launched.