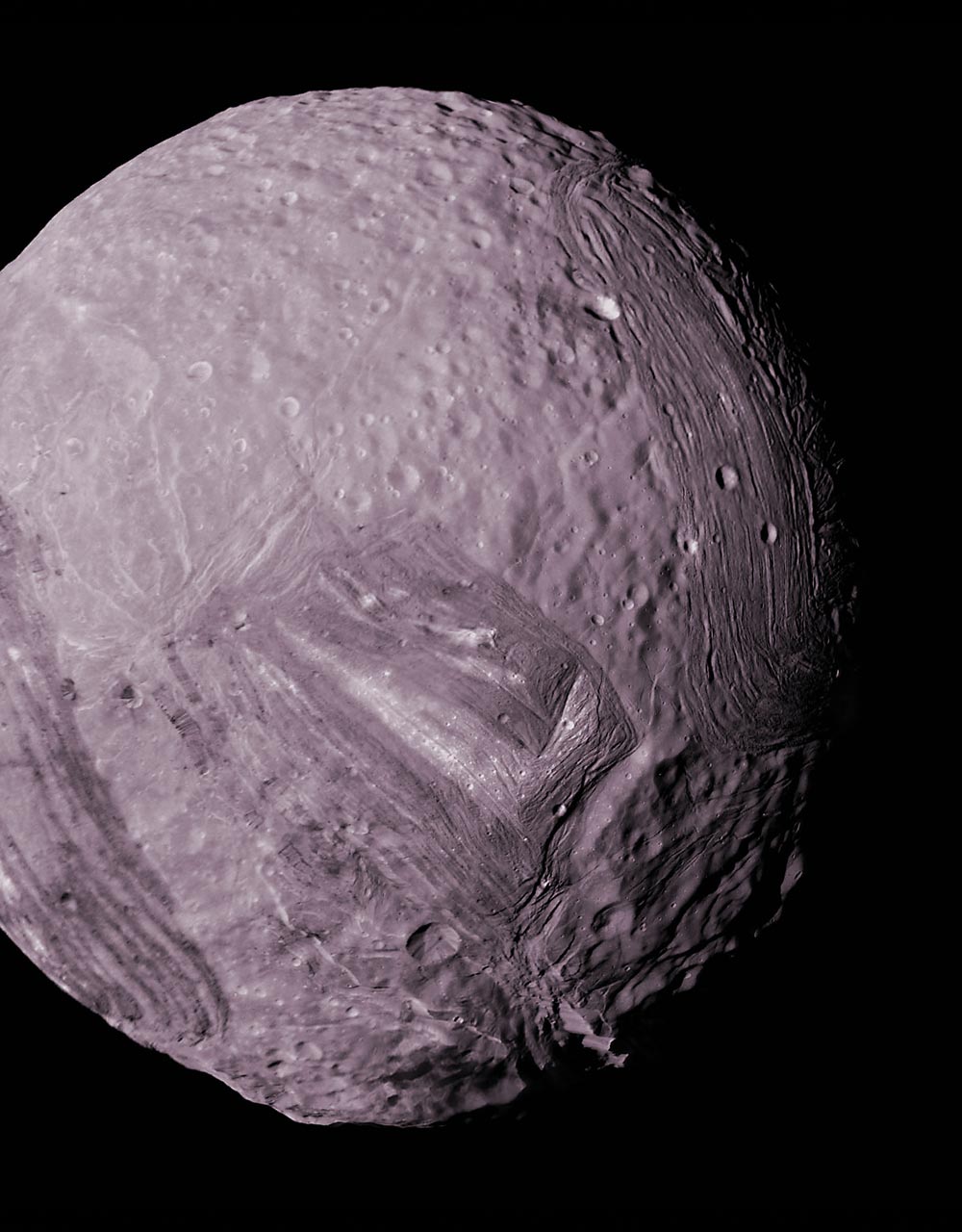 Finding Prospero’s Daughter Unlike most of the moons in our solar system, which have been given names from mythology, the moons of Uranus have been named after characters in the literature of William Shakespeare and Alexander Pope. Sixty-five years ago this week, Gerard Kuiper discovered the fifth satellite of Uranus. Named after the magician Prospero’s daughter in Shakespeare’s The Tempest, Miranda was a mystery until Voyager 2 visited it in 1986, when it was revealed to be a bizarre world whose surface is an assortment of huge faults, deep canyons, steep cliffs, smooth plains, and curiously-shaped rifts. Only 470 km (293 mi) across, Miranda appears to have had a traumatic past, leading some scientists to speculate that we are seeing a battered world that has been turned partially inside-out.