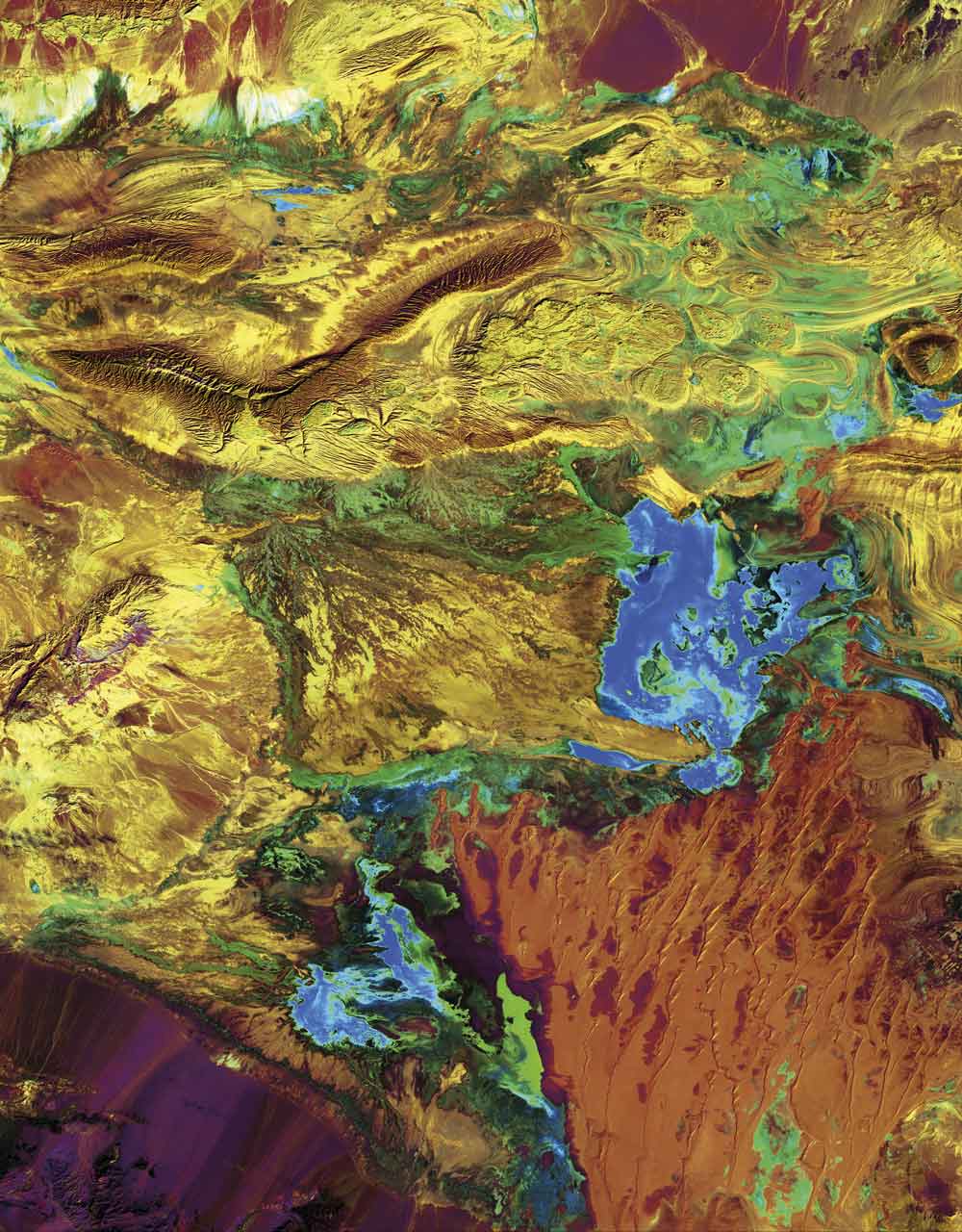 Landsat Legacy NASA’s Landsat program, begun in 1972, was the first series of orbiting spacecraft designed to monitor Earth’s land masses. The third Landsat satellite was launched into near-polar orbit thirty-five years ago this week, and it captured multi-spectral images of Earth for five years. Since 1999, Landsat 7 has built on that legacy, capturing informative—and stunning—multi-spectral images like this montage of landforms in Iran’s largest desert, the Dasht-e Kavir, or Great Salt Desert. The almost uninhabited region covers an area of more than 77,000 square kilometers (29,730 square miles) and is a mix of dry streambeds, desert plateaus, mudflats, and salt marshes. Extreme heat, dramatic daily temperature swings, and violent storms are the norm in this inhospitable place.