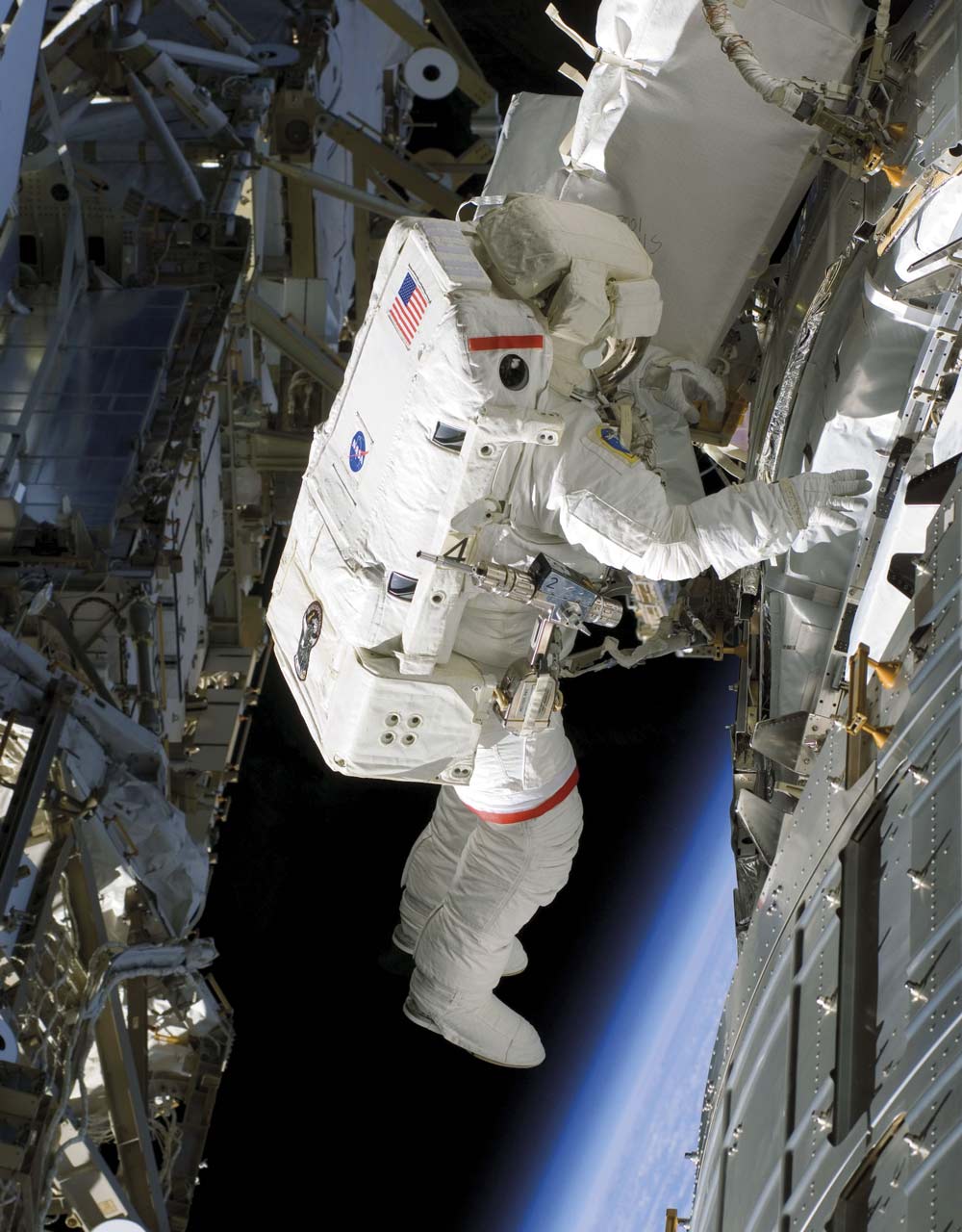 Kibo Grows The Japanese Experiment Module Kibo (Hope) is the largest single module on the International Space Station. It is so large, in fact, that it took three separate shuttle missions to deliver all of the components. The first mission, STS-123, brought the first two components, and the STS-124 mission, launched five years ago this week, brought the large Japanese Pressurized Module and its remote manipulator system. Seen here, STS-124 astronaut Mike Fossum works outside during a seven-hour spacewalk during which he and crew mate Ron Garan installed television cameras on Kibo to assist robotic arm operations, removed thermal covers from the Kibo robotic arm, and prepared an upper docking port for later attachment of the Kibo logistics module, which had been delivered on STS-123.