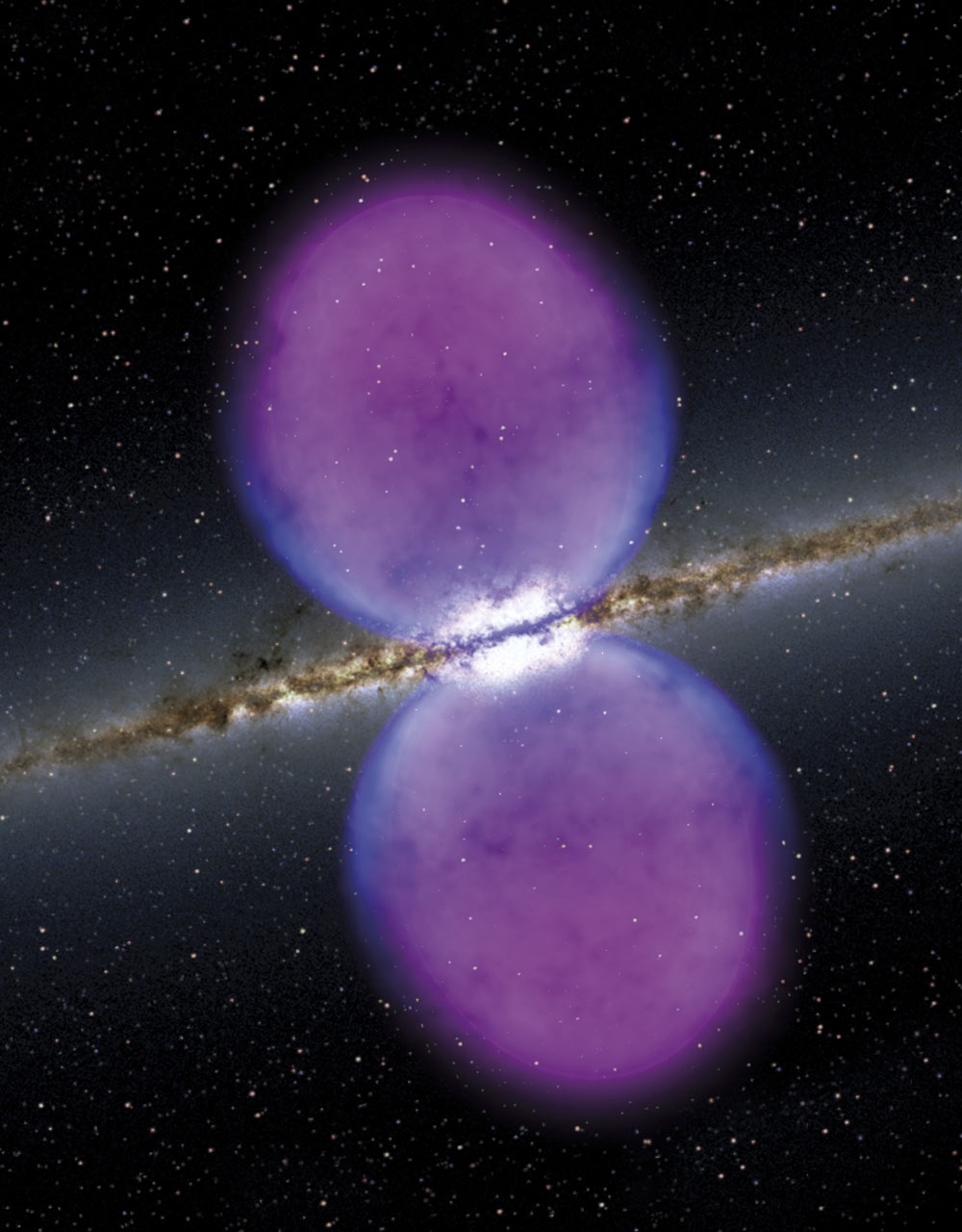 The Red Bull Part of the Spectrum Among the most exotic objects in the universe are those that generate high-energy gamma rays—supermassive black holes, merging neutron stars, streams of hot gas moving close to the speed of light, and others. Gamma rays are the most energetic form of radiation, billions of times more energetic than visible light, and to observe them requires a telescope sensitive to this part of the electromagnetic spectrum. Such a telescope is the Fermi Gamma-Ray Space Telescope (formerly GLAST), which was launched five years ago this week. Fermi recently detected an enormous high-energy double-lobed structure, nearly 50,000 light-years from end to end, emanating from the center of our Milky Way Galaxy, which may be related to the supermassive black hole located there.