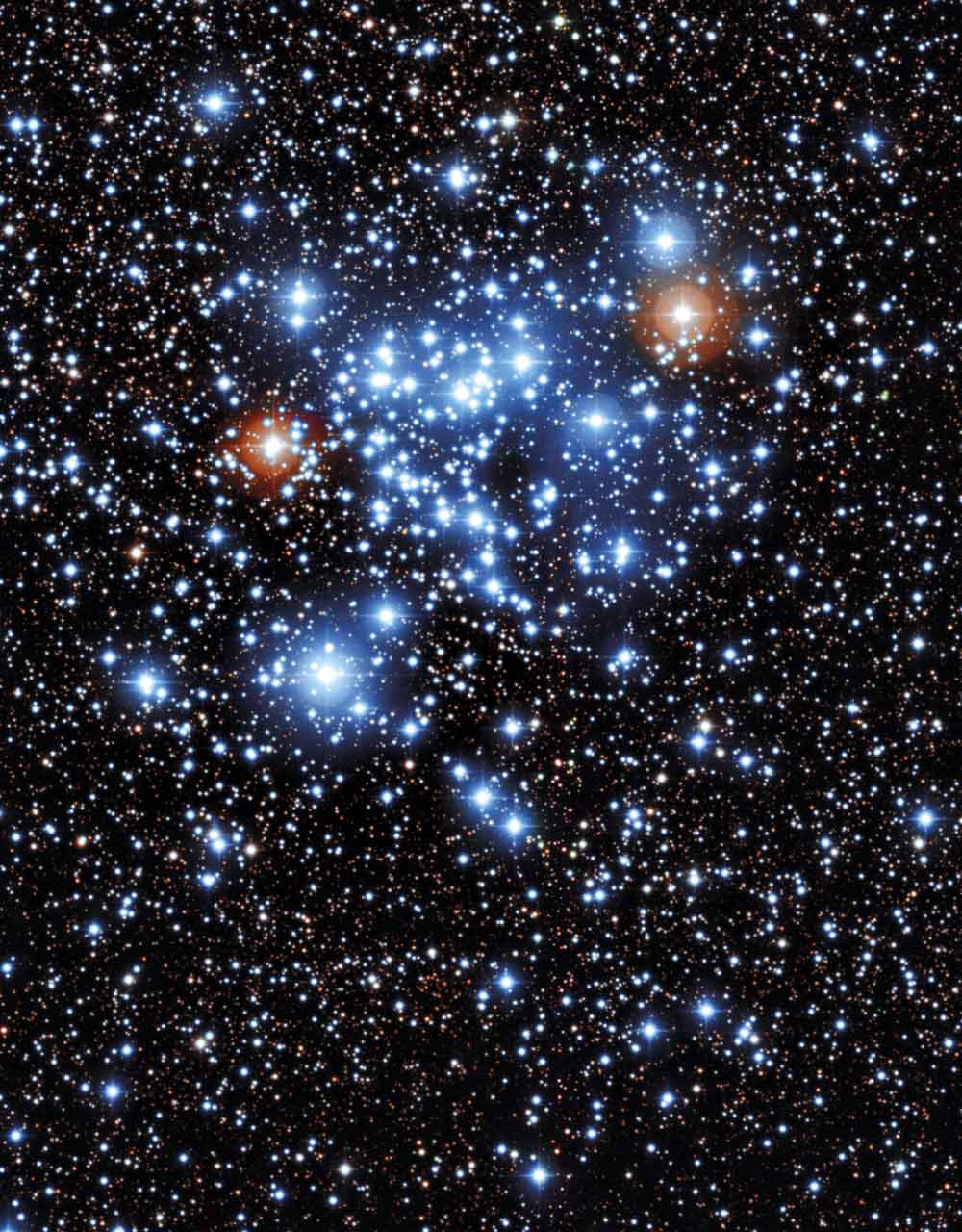 Variations on a Star This spectacular group of young stars is the open star cluster NGC 3766 in the constellation Centaurus. Observations of more than 3,000 stars in this cluster over the course of seven years have shown that thirty-six of them are of a new and unknown class of variable star. The stars in question vary their brightness by a slight amount—one-tenth of one percent—for periods of between two and twenty hours. The stars are somewhat hotter and brighter than our Sun, but otherwise are apparently unremarkable. The new class of stars has not been named, nor is it known yet just why these variations occur. One clue may lie in the fact that some of these stars spin at speeds that are more than half of their critical velocity, the threshold at which stars become unstable and throw material off into space.