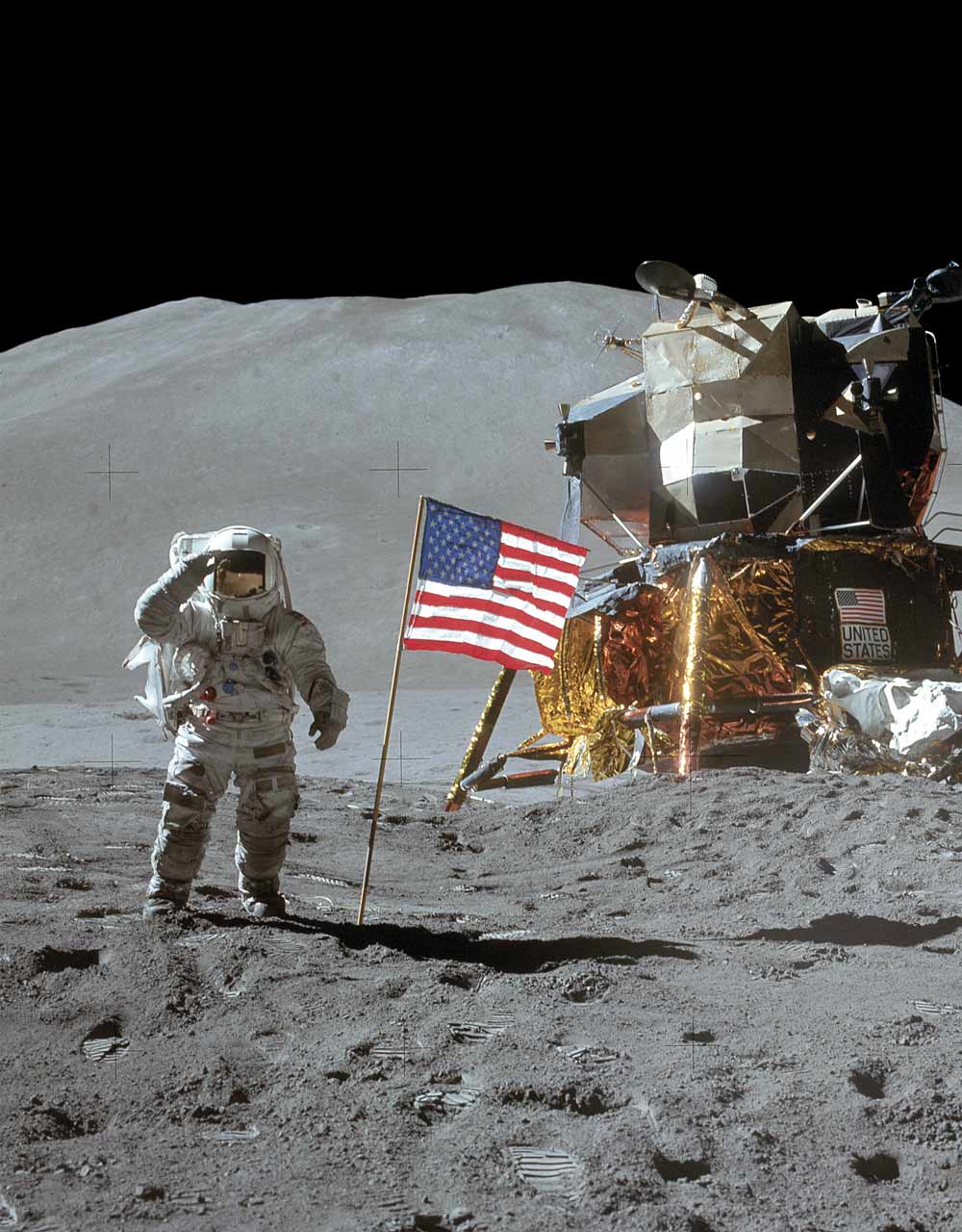 Saluting Jim Irwin  James Irwin, born eighty-five years ago today, flew in space only once, but that one flight was to the Moon. Selected as a NASA astronaut in 1966, Irwin was the Lunar Module Pilot for Apollo 15 and the eighth person to walk on the Moon. In July 1971, Irwin and mission Commander Dave Scott landed on the Moon at the base of the Apennine Mountains and Hadley Rille. They were the first astronauts to drive a Lunar Roving Vehicle to travel greater distances from the Lunar Module. Irwin left NASA in 1972, and in subsequent years he achieved notoriety by leading several expeditions to Mount Ararat in Turkey, where he believed he would find the remains of Noah’s Ark. Irwin had a fatal heart attack in 1991; he was the first Apollo moonwalker to die and, at sixty-one, the youngest.