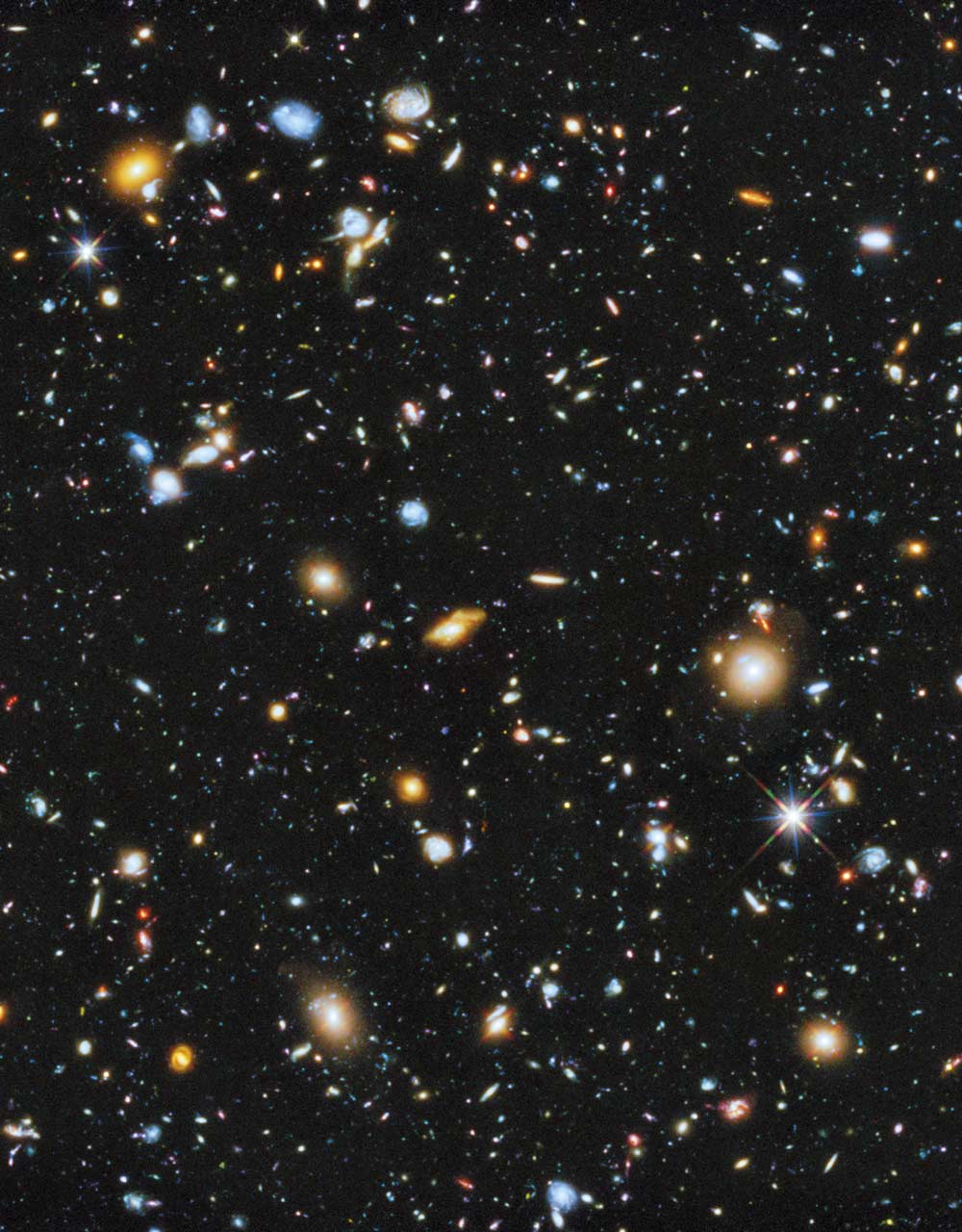 Mr. Hubble’s Telescope  Named for Edwin Hubble, the pioneering astronomer whose study of the expanding Universe revolutionized modern astronomy, the Hubble Space Telescope turns twenty-five this week. Fittingly, Hubble (the telescope) has revolutionized nearly every area of astronomy, from the solar system (where it watched the aftermath of comets impacting Jupiter), to the very edge of the visible universe (which Hubble indicates is more than thirteen billion years old). Said to have been responsible for more discoveries than any other scientific instrument in history, Hubble on several occasions has stared into a seemingly empty patch of sky and revealed a field brimming with galaxies, some of which date back to the first half-billion years after the Big Bang, as in this Hubble Ultra Deep Field image.