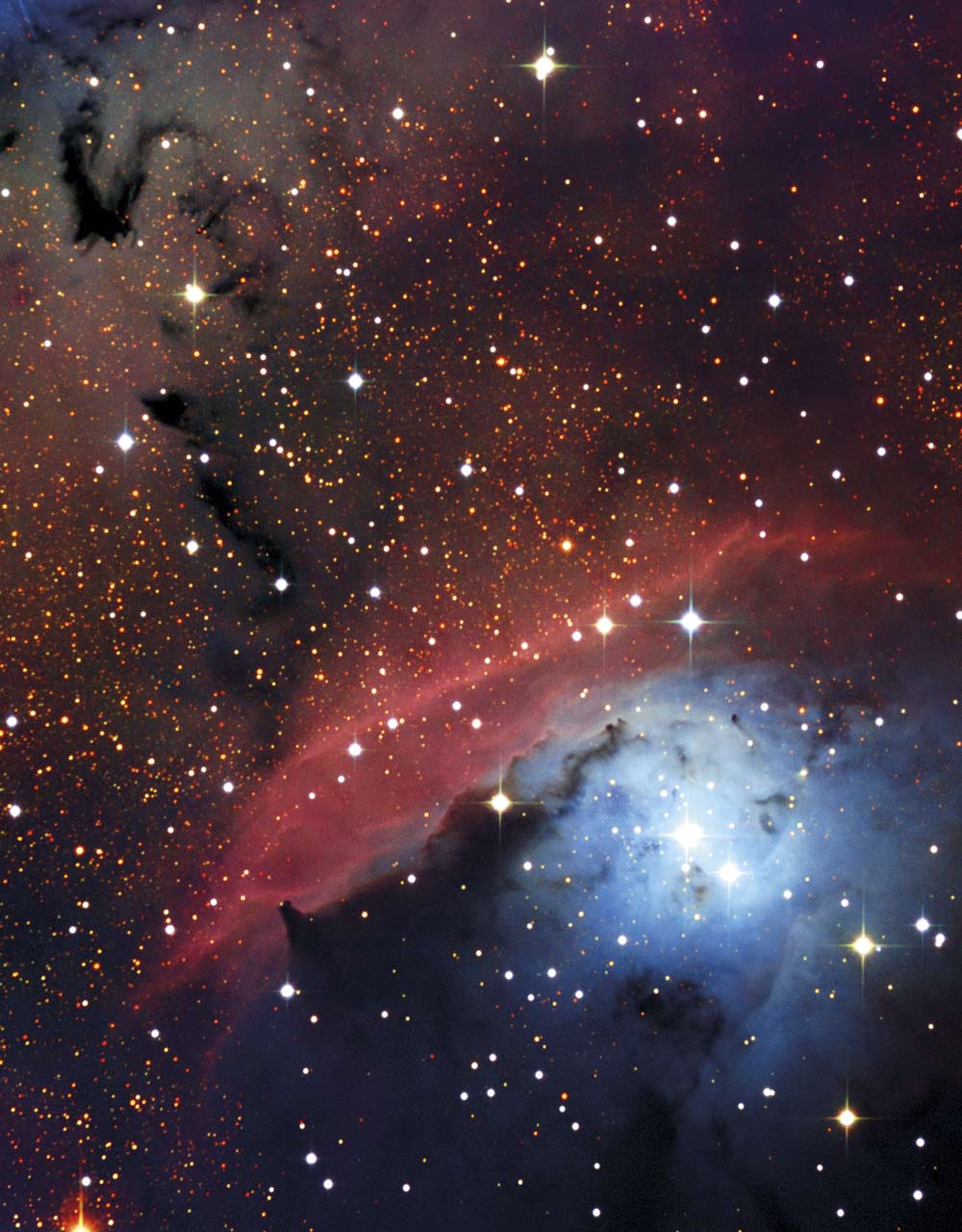 Cloudy with a Chance of Star Birth  This stunning object, known as NGC 6559, is a complex of dust and gas located about 5,000 light-years away in the constellation Sagittarius. Some of the gas in the clouds of NGC 6559, mainly hydrogen, has collapsed under its own gravity, getting denser and hotter, until thermonuclear fusion begins and stars are born. The bright young stars energize some of the surrounding gas, causing it to glow as red emission nebulae. Some of the material in NGC 6559 is also solid particles of dust, which reflect the light of the new stars and shine as blue reflection nebulae. In some regions, the dust is so dense that it completely blocks the light behind it, as is the case for the dark isolated patches and sinuous lanes along the left-hand edge and bottom-center of the image.