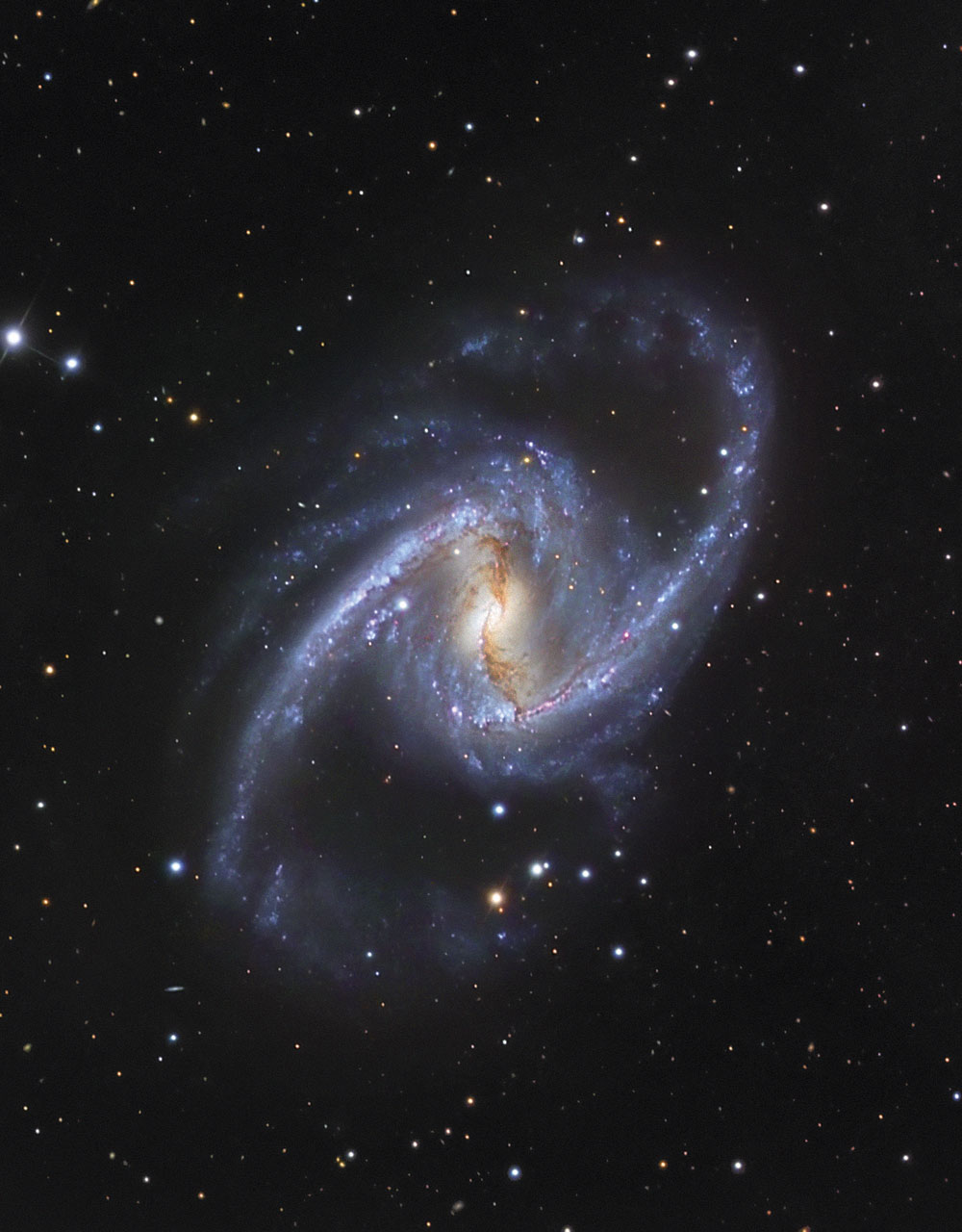 Milky Way Looks in the Mirror  Spiraling around, 61 million light-years away in the constellation Fornax (the Furnace), NGC 1365 is enormous. At 200,000 light-years across, it is one of the largest galaxies known to astronomers. This, plus the sharply defined bar of old stars across its structure is why it is also known as the Great Barred Spiral Galaxy. Astronomers think that our Milky Way Galaxy may look very similar to this galaxy, but at half the size. The bright center of the galaxy is thought to be due to huge amounts of super-hot gas ejected from the ring of material circling a central black hole. Young luminous hot stars, born out of the interstellar clouds, give the arms a prominent appearance and a blue color. The bar and spiral pattern rotates, with one full turn taking about 350 million years.