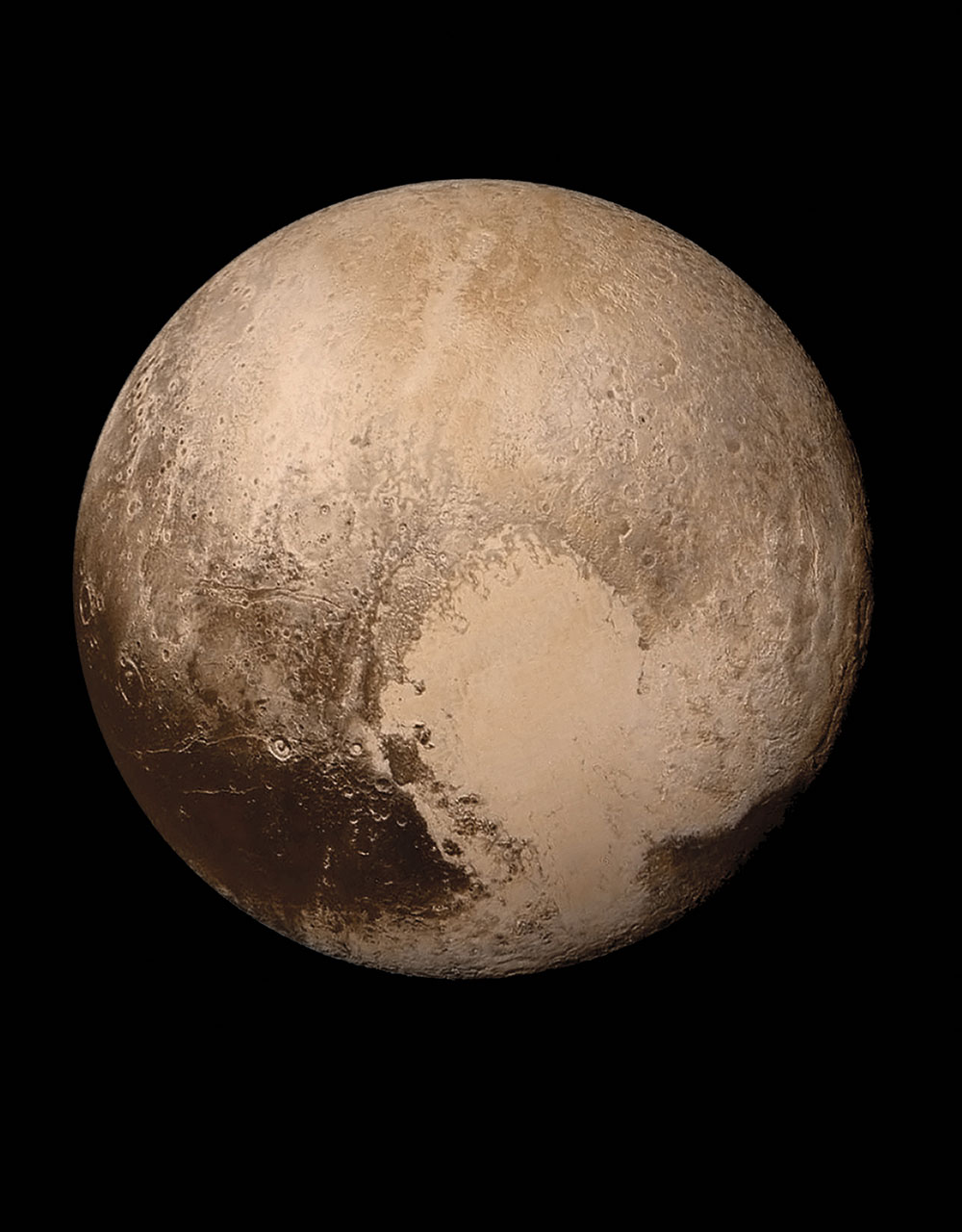 Postcard from the Edge  After more than nine years of traveling through space, NASA’s New Horizons spacecraft performed humanity’s historic first close encounter with Pluto and its family of frozen moons on July 14, 2015. It was the first time we got a good close-up look at the distant world, which for over seventy years had held reign over the frozen edges of the Solar System as its outermost planet—much like its namesake governed the cold darkness of the ancient Greeks’ mythological underworld. Launched aboard an Atlas V rocket ten years ago this week, New Horizons will continue to return high-resolution data back to Earth from its July flyby (with a light-travel time of over 4.4 hours) throughout 2016 as it heads ever farther out into the Kuiper Belt toward its next observation targets.

Pallas in conjunction with Sun
Aldebaran 0.5° south of Moon