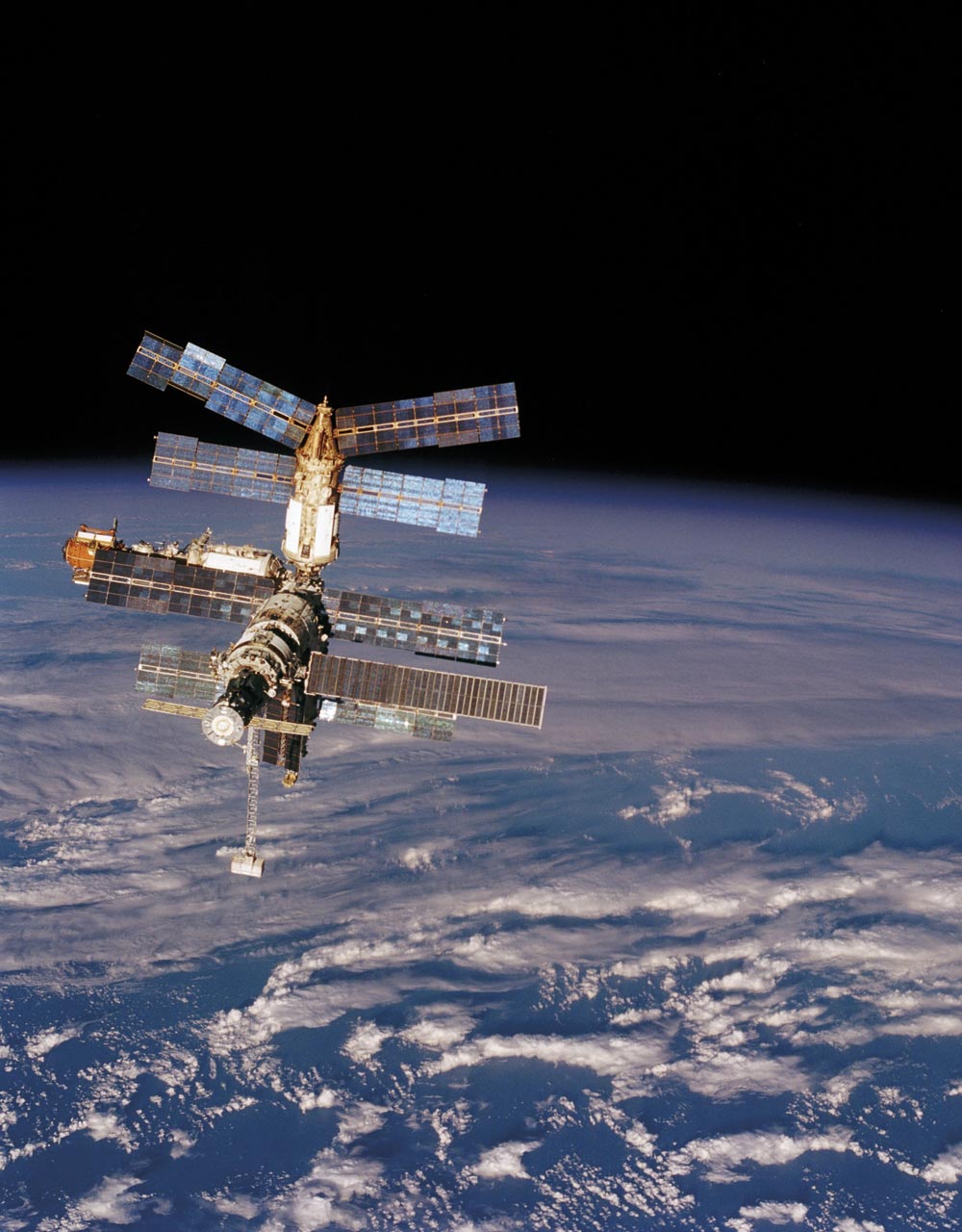 A Symbol of Peace in Space  Thirty years ago this week, the core segment of the space station Mir was launched aboard a Proton rocket, marking the birth of the Soviet Union’s planned permanent “place in space.” But Mir—which translates as both “peace” and “world”—suffered from numerous mechanical difficulties, program launch delays, and even the 1991 fall of the Soviet Union itself. Despite several successful long-duration missions and an eventual partnership with NASA in the mid-1990s, Mir was deemed to be unsustainable. After fifteen years and over 86,000 orbits, the 134-ton Mir reentered the atmosphere over the South Pacific in 2001. Here we see Mir in orbit from the viewpoint of the shuttle Atlantis during the 1996 STS-76 mission, almost exactly above its fiery reentry location five years later.