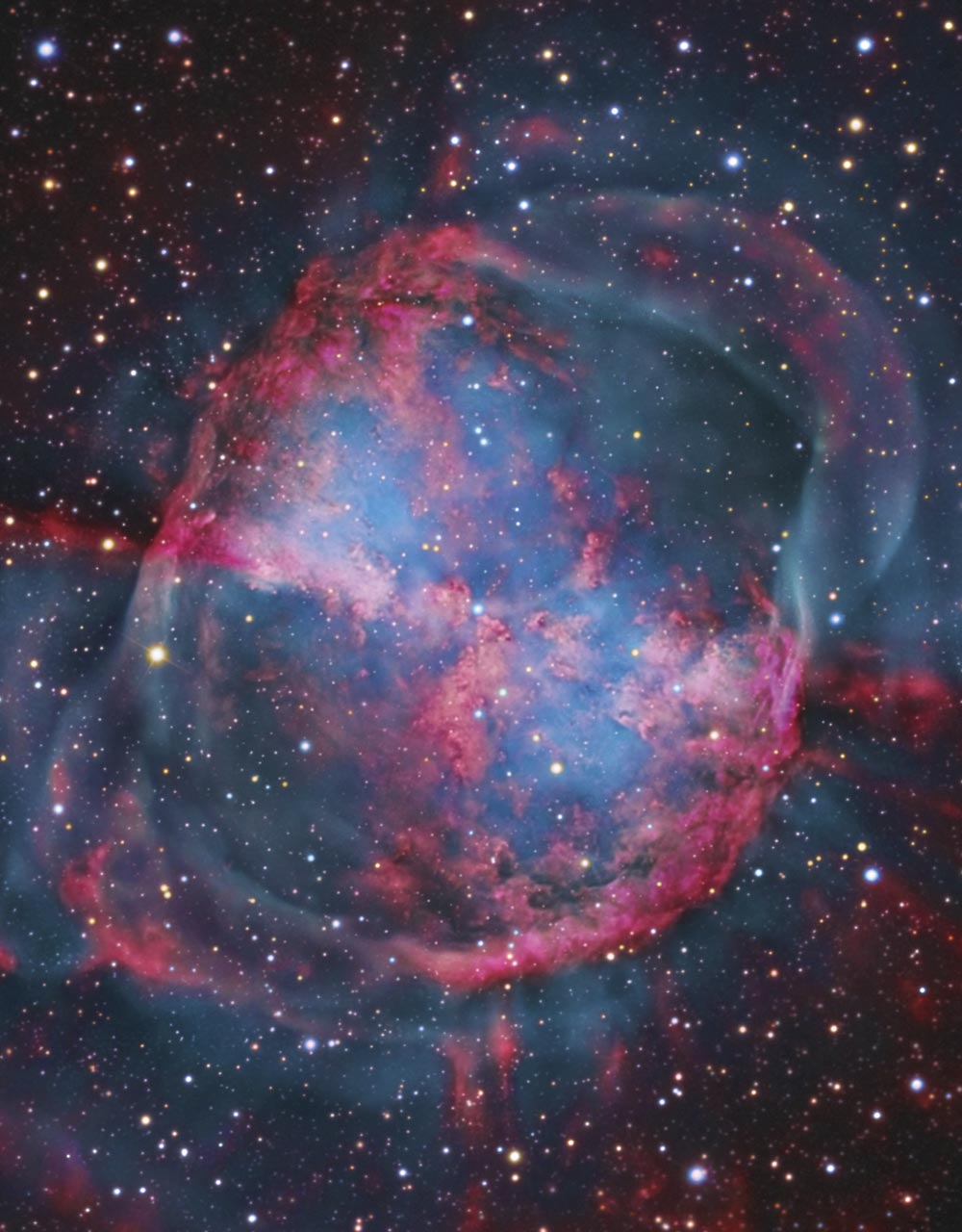 The Remains of a Red Giant  Located about 1,200 light-years away in the constellation Vulpecula, NGC 6853—aka the “Dumbbell Nebula”—was the first planetary nebula to be discovered. With a relatively bright apparent magnitude of 7.5, it was the twenty-seventh entry made by French astronomer Charles Messier in 1764 as he compiled a list of non-cometary objects in the sky. Despite its name, a planetary nebula has nothing to do with planets; it is the blown-out outer layers of an old star that was once more massive than our Sun. Glowing from ionizing ultraviolet radiation, its expanding shell of lost stellar material rides the star’s remaining stellar wind out into space. NGC 6853 is known for its giant opposing arcs of knotted gas, cosmic parentheses surrounding the white-hot core of the original star.