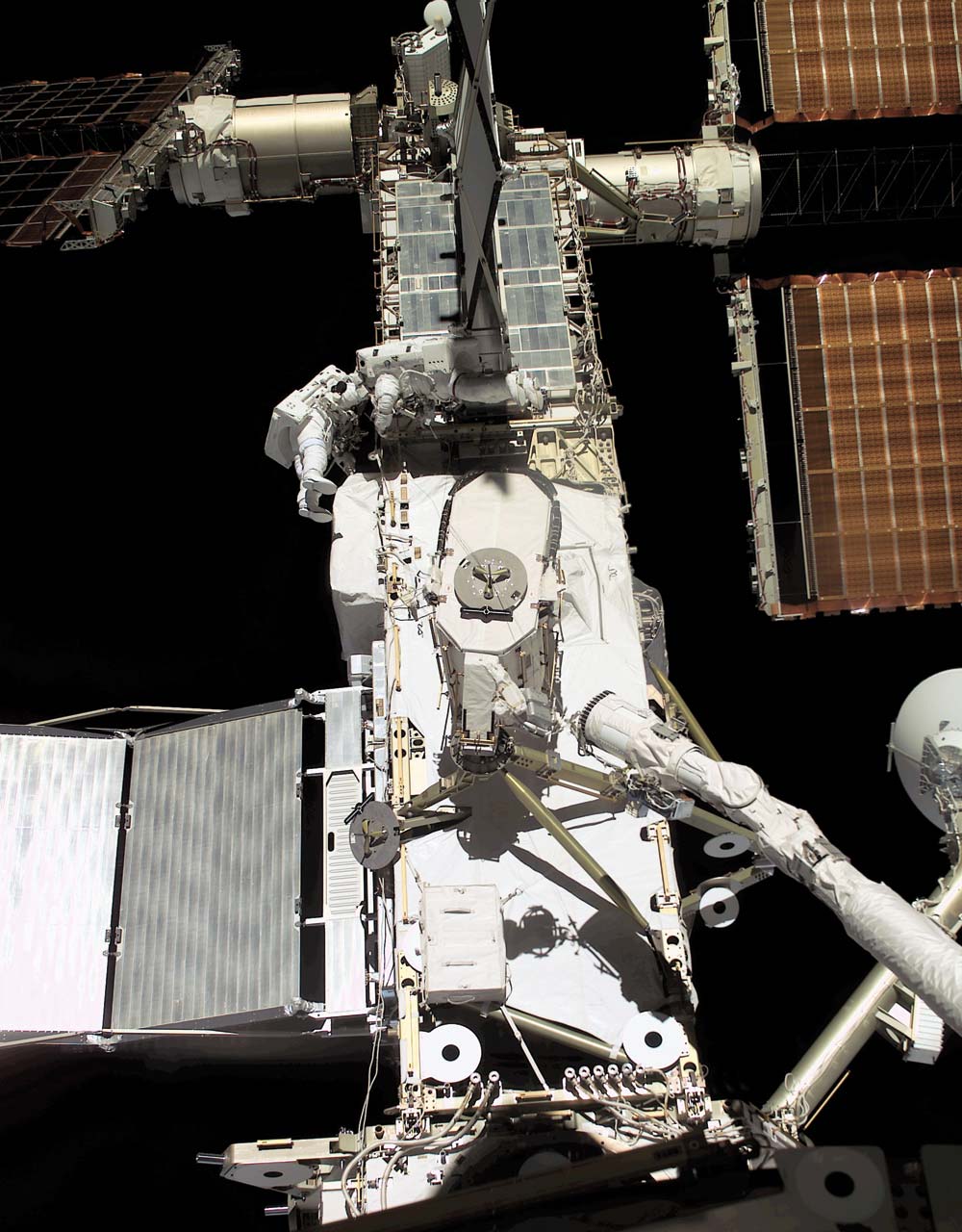 STS-108: a Mission of Remembrance  Mission specialist astronauts Linda M. Godwin and Daniel M. Tani are seen installing thermal insulation on space station solar array gimbals during a spacewalk on the fifth day of the STS-108 mission, which launched the space shuttle Endeavour into orbit fifteen years ago this week. STS-108 was the twelfth shuttle mission to the ISS. In addition to its crew of seven and the typical cargo of supplies and experiments, Endeavour carried several flag mementos from the 9/11 attacks in New York, Pennsylvania, and Washington, DC, as well as 6,000 small U.S. flags that were later presented to families of victims and those who helped in the rescues. STS-108 lasted twelve days, traveling 7.7 million km (4.8 million mi) over 186 orbits before landing on December 17, 2001.