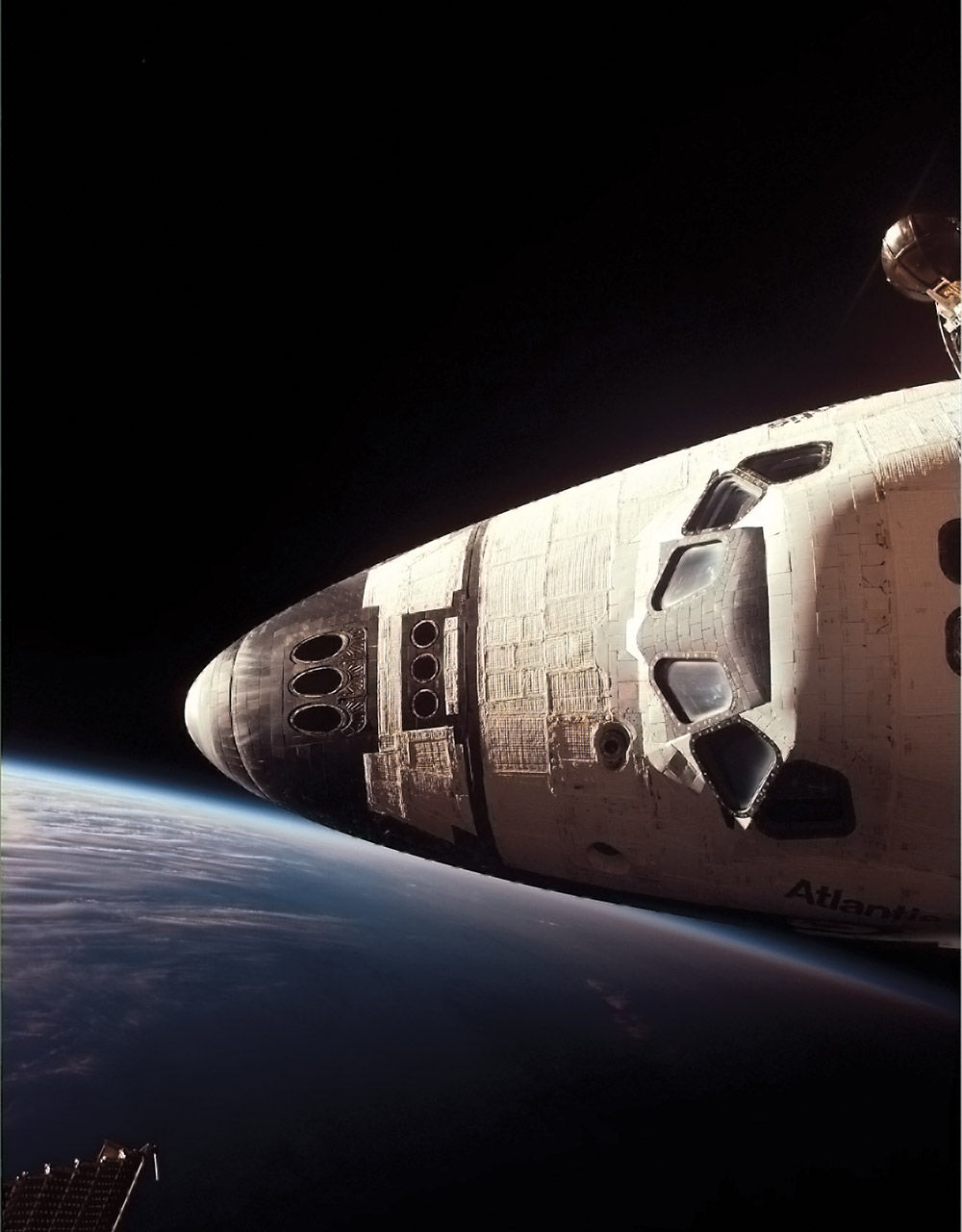 Trading Places Having spent 118 days on the Mir space station as part of the Shuttle-Mir program, astronaut John Blaha caught a ride home with the crew of STS-81, which visited Mir twenty years ago this week on the fifth of nine Shuttle-Mir docking missions. Trading places with Blaha on Mir was astronaut Jerry Linenger, who flew up with the crew of Atlantis and would remain on Mir for another three months. Soon after Atlantis docked with Mir, Mission Specialist Marsha Ivins took an electronic still camera aboard the Mir complex and recorded this dramatic image of the Shuttle’s forward section, which appears to be resting on the limb of Earth. During five days of docked activities, several tons of supplies and equipment were transferred to Mir. Atlantis returned to Earth after ten days in space.