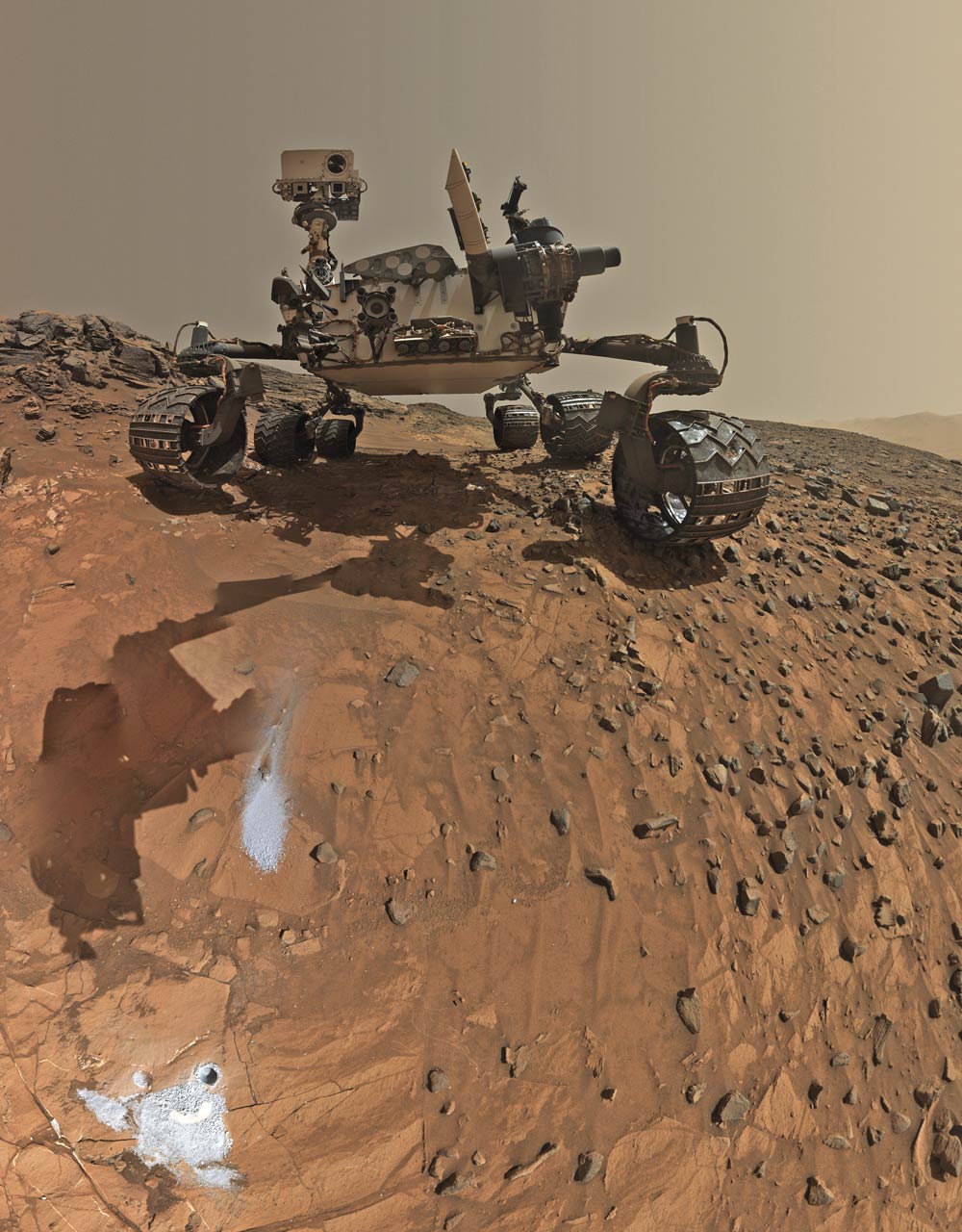 Boundless Curiosity  After an eight-month interplanetary trip, the Mars Science Laboratory arrived at Mars five years ago this week. Its automatic entry, descent, and landing phase, known popularly as the “seven minutes of terror,” saw Curiosity survive entry into the Martian atmosphere, decelerate further by employing a series of parachutes, and finally be lowered onto the surface of Mars from a hovering “sky crane.” All of those nail-biting milestones ticked off in rapid succession, completely on schedule, and fully autonomously. Since its arrival at Mars, Curiosity has found, among other things, that Mars once had the right chemistry to support living organisms. Curiosity took this low-angle self-portrait, which includes a hole it drilled in the “Buckskin” target rock, along the flank of Mount Sharp in 2015.