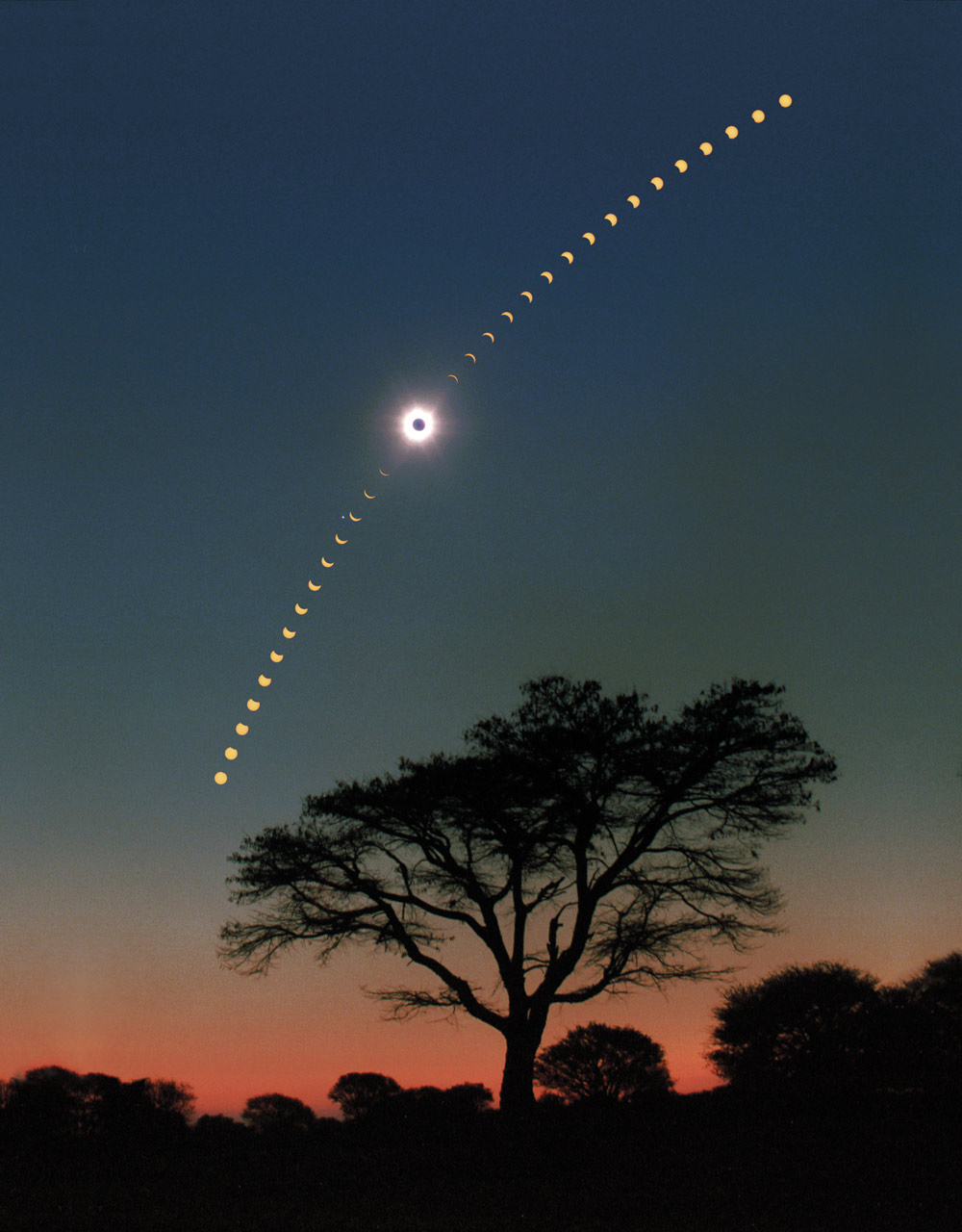 Great American Eclipse  On Monday, August 21, observers across the United States will witness a total eclipse of the Sun—an event that hasn’t been seen in the continental U.S. since 1979. Monday’s eclipse will be visible along a 100 km (60 mi) wide path that runs from Oregon (beginning at about 10:15 AM PT) to South Carolina (ending at around 2:45 PM ET). The Moon’s shadow therefore takes only 90 minutes to cross the country. Totality, when the Moon is completely in front of the Sun and the Sun’s faint atmosphere (the corona) is visible, can last anywhere up to two minutes and forty seconds, depending on your location along the eclipse path. Enjoy the eclipse, but do not look at the Sun during the partial phases without approved solar filters—permanent eye damage will occur.