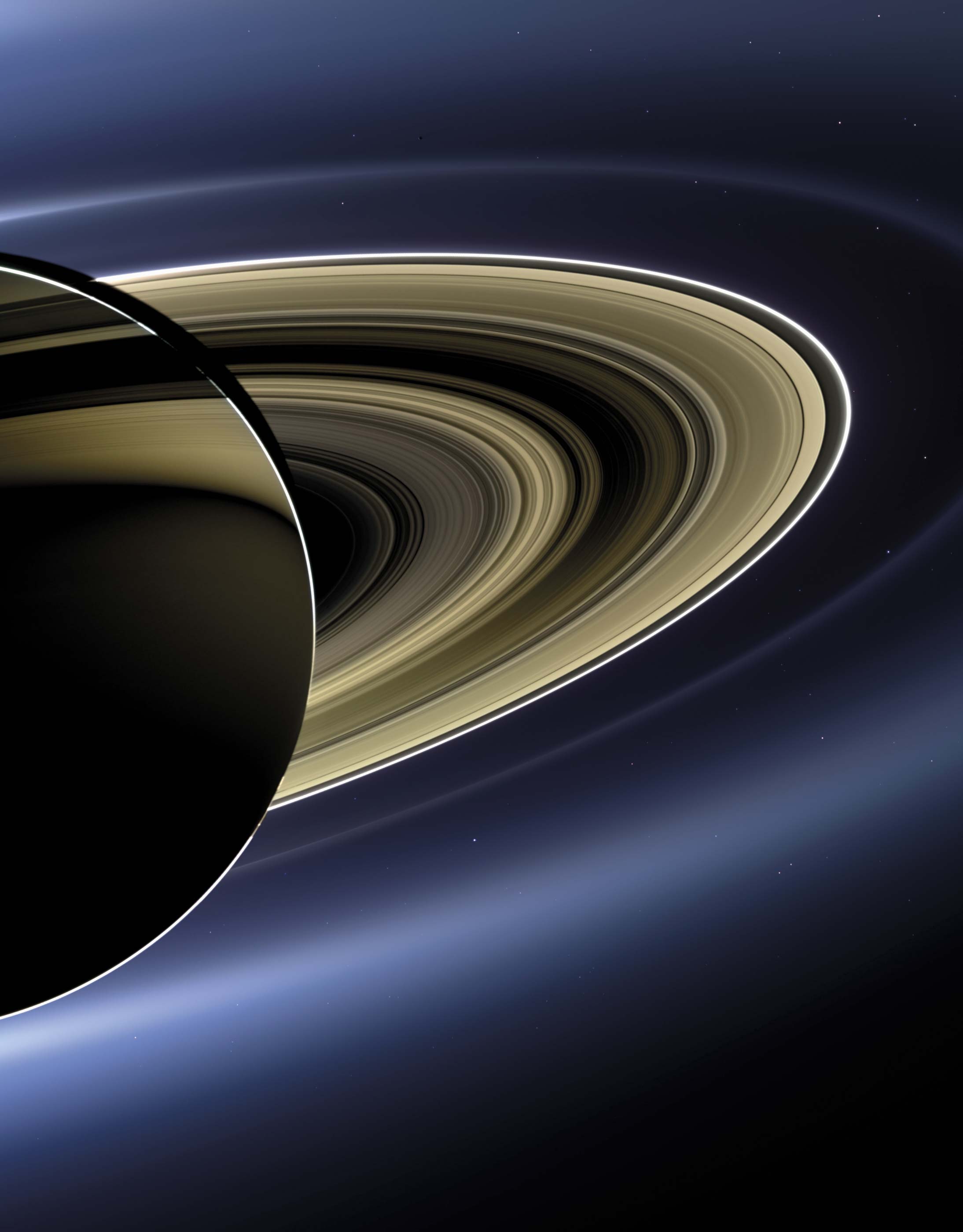 The Day the Earth Smiled  Launched twenty years ago this week, the Cassini spacecraft became the first spacecraft in history to enter orbit around Saturn. Its list of firsts includes deploying the Huygens probe, which landed on the surface of Saturn’s enigmatic moon Titan, the only moon in the solar system with an appreciable atmosphere. Cassini’s four-year-long nominal mission at Saturn was extended twice, ending only last month after thirteen years at Saturn. One of the most stunning images obtained by Cassini is this backlit view of Saturn taken on July 19, 2013. As Cassini looked back toward the Sun (blocked by Saturn) and the rest of the inner solar system, Earthlings, inhabiting the tiny dot in the center below the rings, were urged to smile as this long-distance planetary portrait was taken.