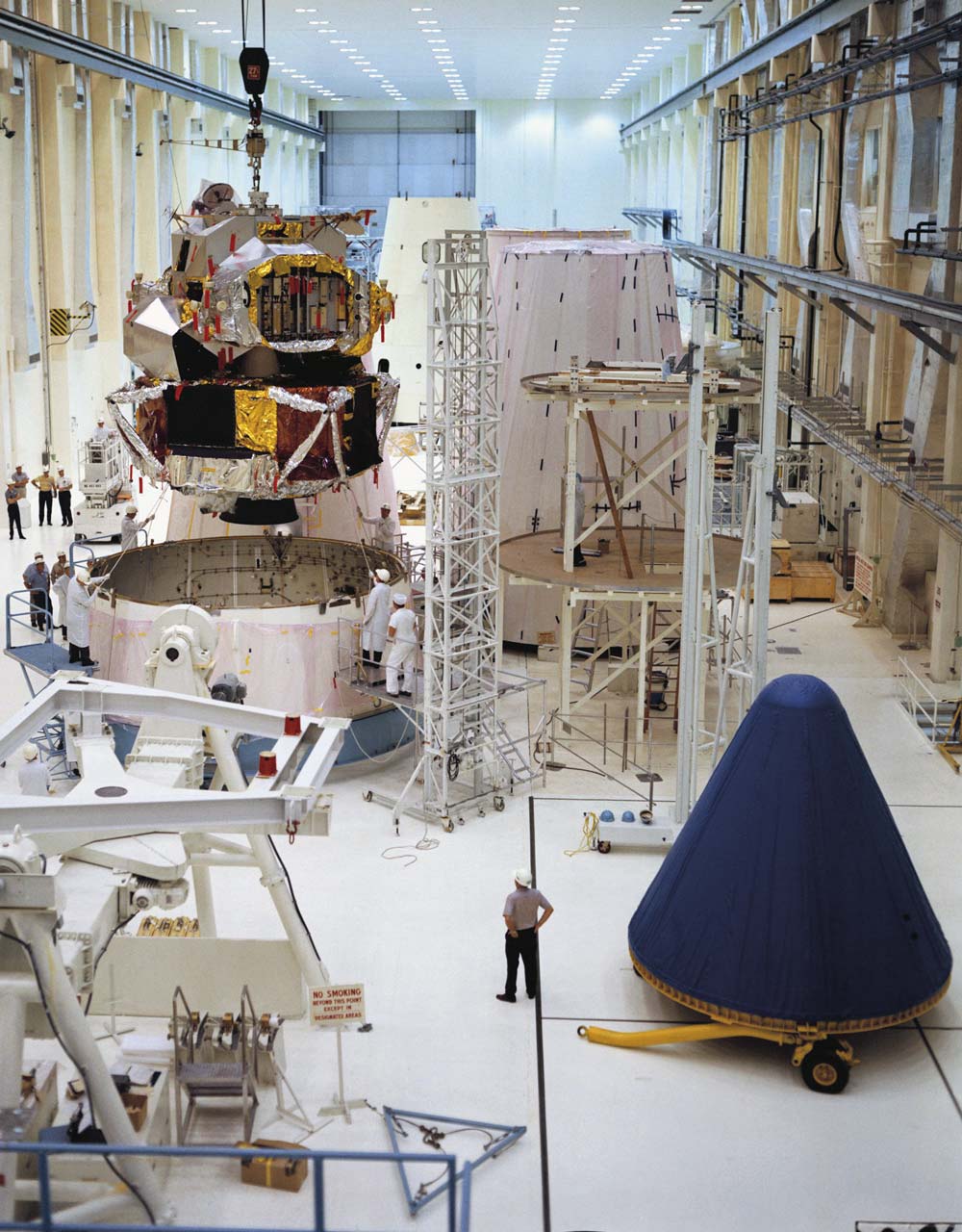 Legless Spider Flies in Space  Fifty years ago this week, the uncrewed Apollo 5 mission carried a legless version of the Lunar Module (LM) into Earth orbit to test its on-board systems and main engines. The larger descent engine, designed to slow the LM so it could land on the lunar surface, tested well, as did the smaller ascent engine, which was designed to launch the top half of the LM back into lunar orbit when the Moon walks were completed. Although the mission lasted less than eight hours, Apollo 5 proved the feasibility of the Lunar Module concept. In the spring of 1969, the crews of Apollo 9 and 10 tested more intact versions of the LM and gave it the go-ahead for a real lunar landing just four months later. The Apollo 5 LM is seen here being mounted in the adapter section of its Saturn launch vehicle.