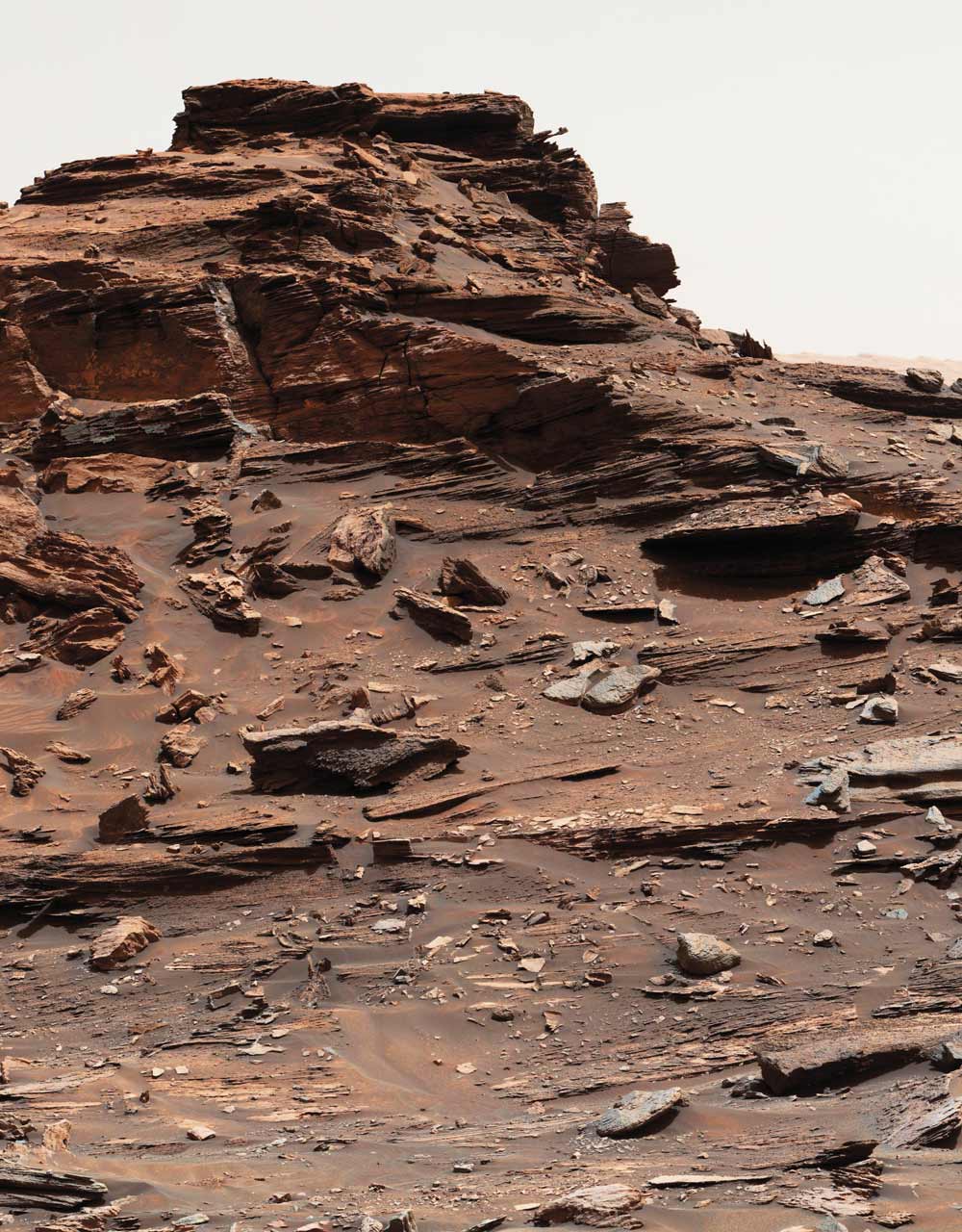 Looking up at Murray Buttes  On September 1, 2016, during its 1,448th Sol (the length of a Martian day) on Mars, the Curiosity Rover captured this close-up image of the Murray Buttes. The buttes and mesas rising above the surface in this area near Mount Sharp are eroded remnants of ancient sandstone that originated when winds deposited sand after lower Mount Sharp had formed. They are capped by material that is relatively resistant to erosion, just as is the case with many similarly shaped buttes and mesas on Earth.  The top of the butte in this scene stands about five meters (16 feet) above the rover and about 25 meters (82 feet) east-southeast of the rover. The area’s name honors Bruce Murray (1931-2013), a Caltech planetary scientist and director of NASA’s Jet Propulsion Laboratory.