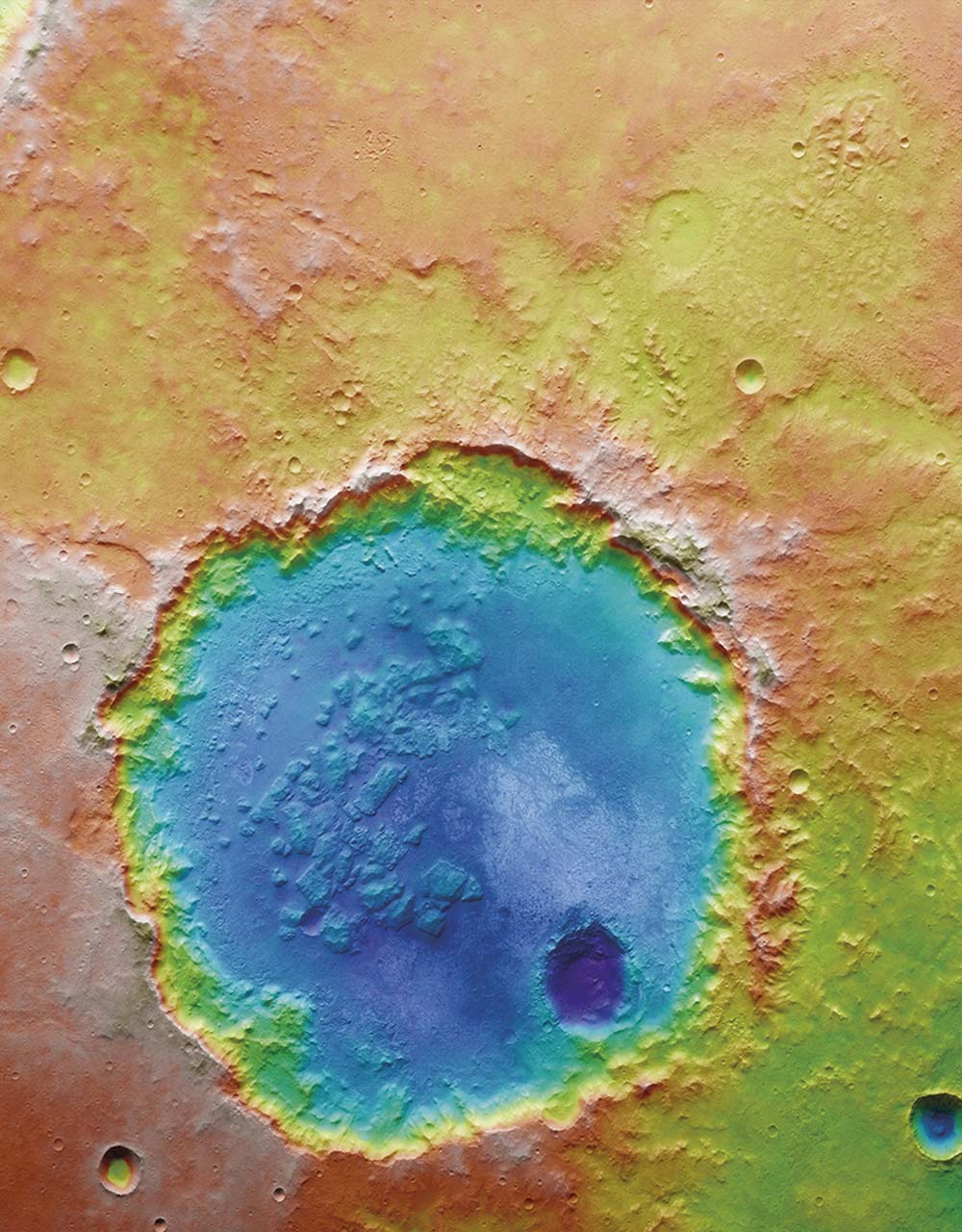 Europe Goes to Mars  The first 40 years of Mars exploration saw the United States and Russia launch over 30 missions to the Red Planet, only about a dozen of which were successful. Against these odds, it was an even more remarkable achievement that the European Space Agency’s first mission to another planet was so successful. Launched 15 years ago this week, Mars Express has given scientists an entirely new view of Mars, and is answering fundamental questions about the geology, atmosphere, surface environment, history of water, and potential for life on the planet. This Mars Express color-coded topographic view shows relative heights and depths of terrain in the Margaritifer Terra /Erythraeum Chaos region. Whites and reds represent the highest terrain, while blue/purple is the lowest.