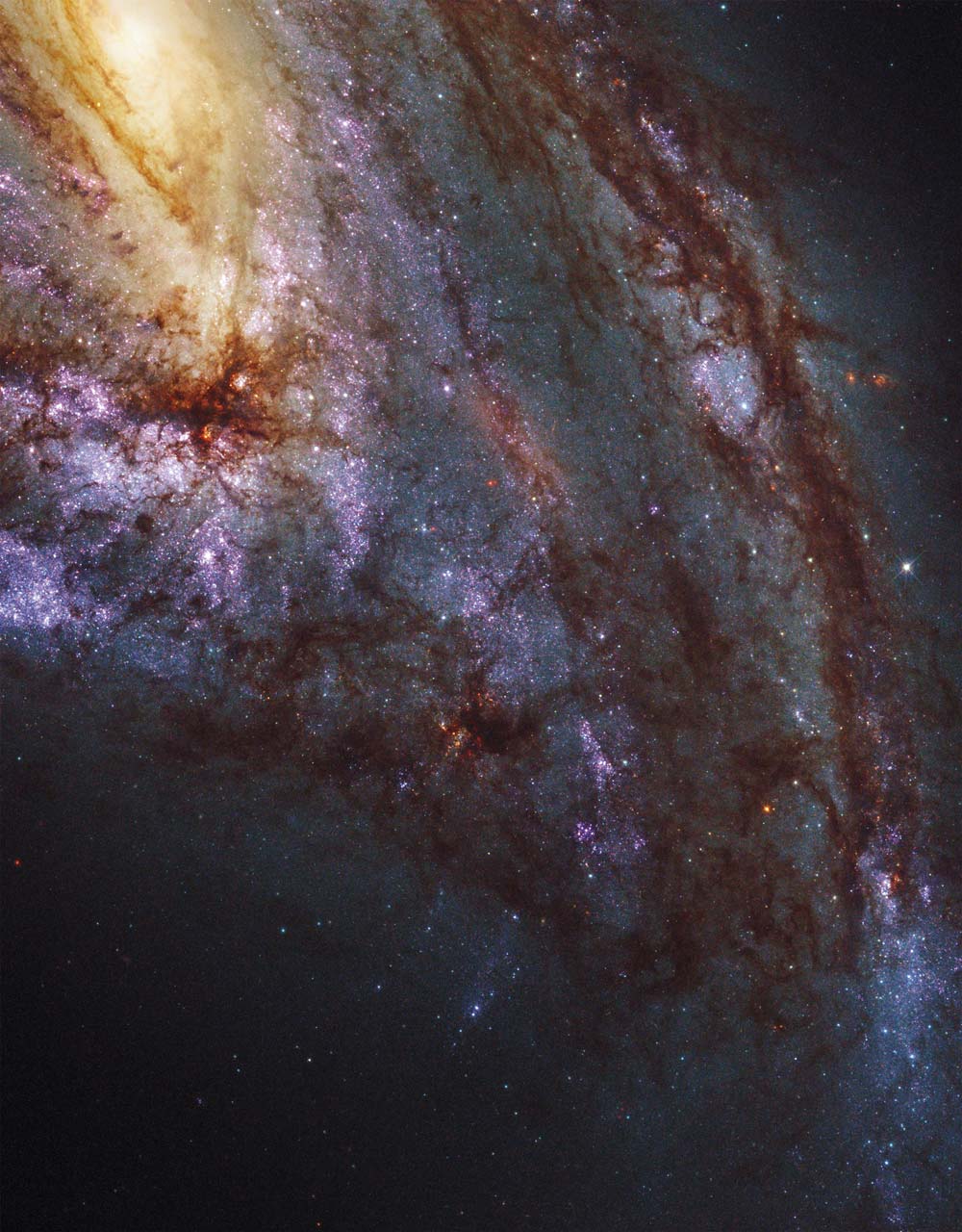 Lion’s Share of Hot Young Stars  Using the unparalleled sharpness and ultraviolet observational capabilities of the Hubble Space Telescope, astronomers have created the most comprehensive high-resolution ultraviolet-light survey of star-forming galaxies. The Legacy ExtraGalactic UV Survey (LEGUS) contains about 8,000 clusters and 39 million hot blue stars occurring in 50 local galaxies within 60 million light-years of Earth, in both visible and ultraviolet light. This LEGUS image shows spiral galaxy M66, about 35 million light-years away in the constellation Leo (the Lion). Like all the galaxies in LEGUS, M66 is undergoing vigorous star and star-cluster formation. These hot young stars, which shine brightly in ultraviolet light, are key to understanding galactic evolution.