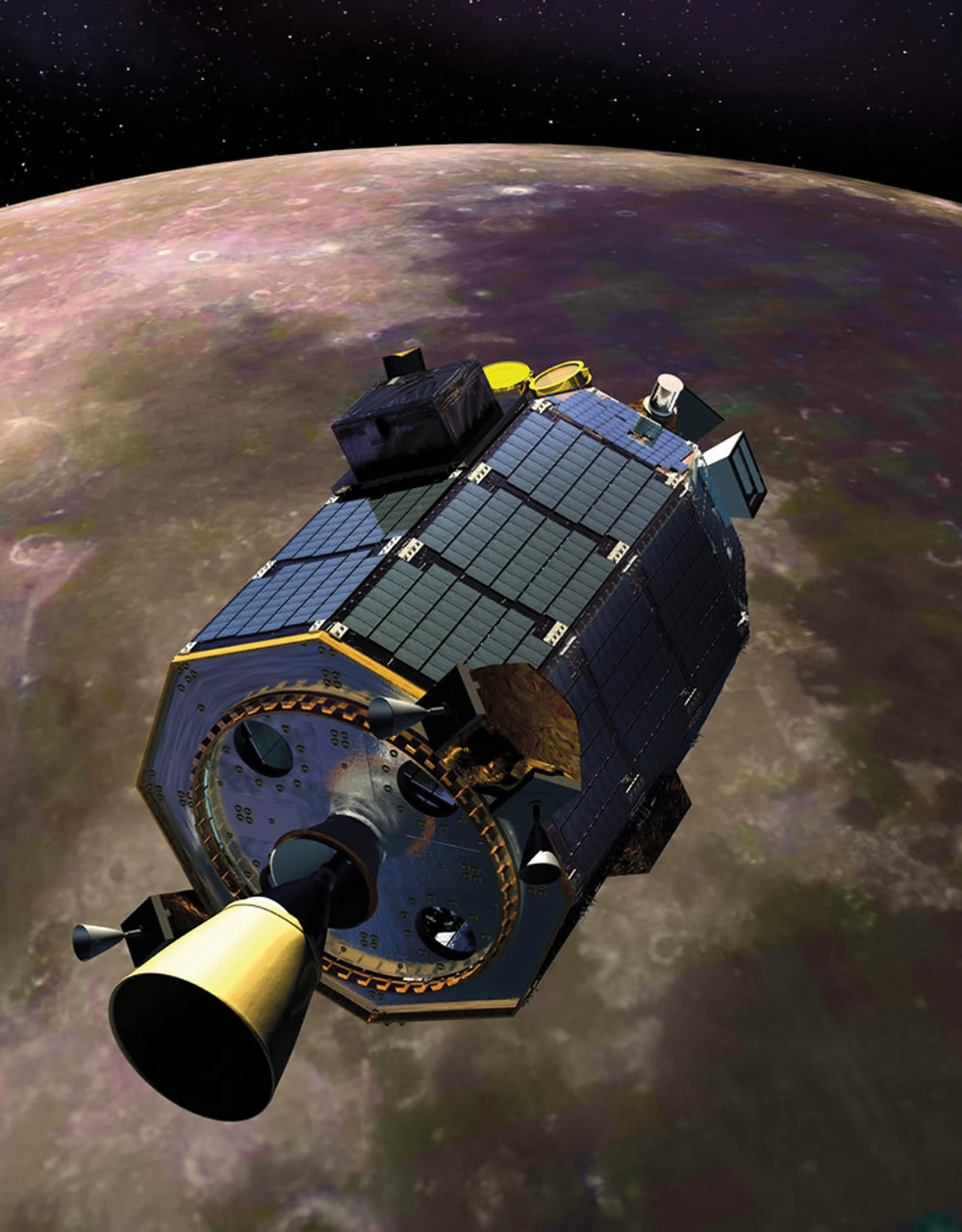 Going Out with a Bang  NASA’s Lunar Atmosphere and Dust Environment Explorer (LADEE) was designed to study the lunar dust environment and the Moon’s thin exosphere, which helps scientists understand other planetary bodies with exospheres, like Mercury and some of Jupiter’s bigger moons. The LADEE mission tested several new technologies, including a modular spacecraft design, and demonstrated two-way high-rate laser communication for the first time from the Moon. One of LADEE’s scientific findings was the detection of neon in the thin lunar atmosphere. LADEE’s seven-month mission came to a dramatic close five years ago this week when controllers sent it into a planned impact on the Moon’s far side, where it would not possibly damage the historic Apollo landing sites.