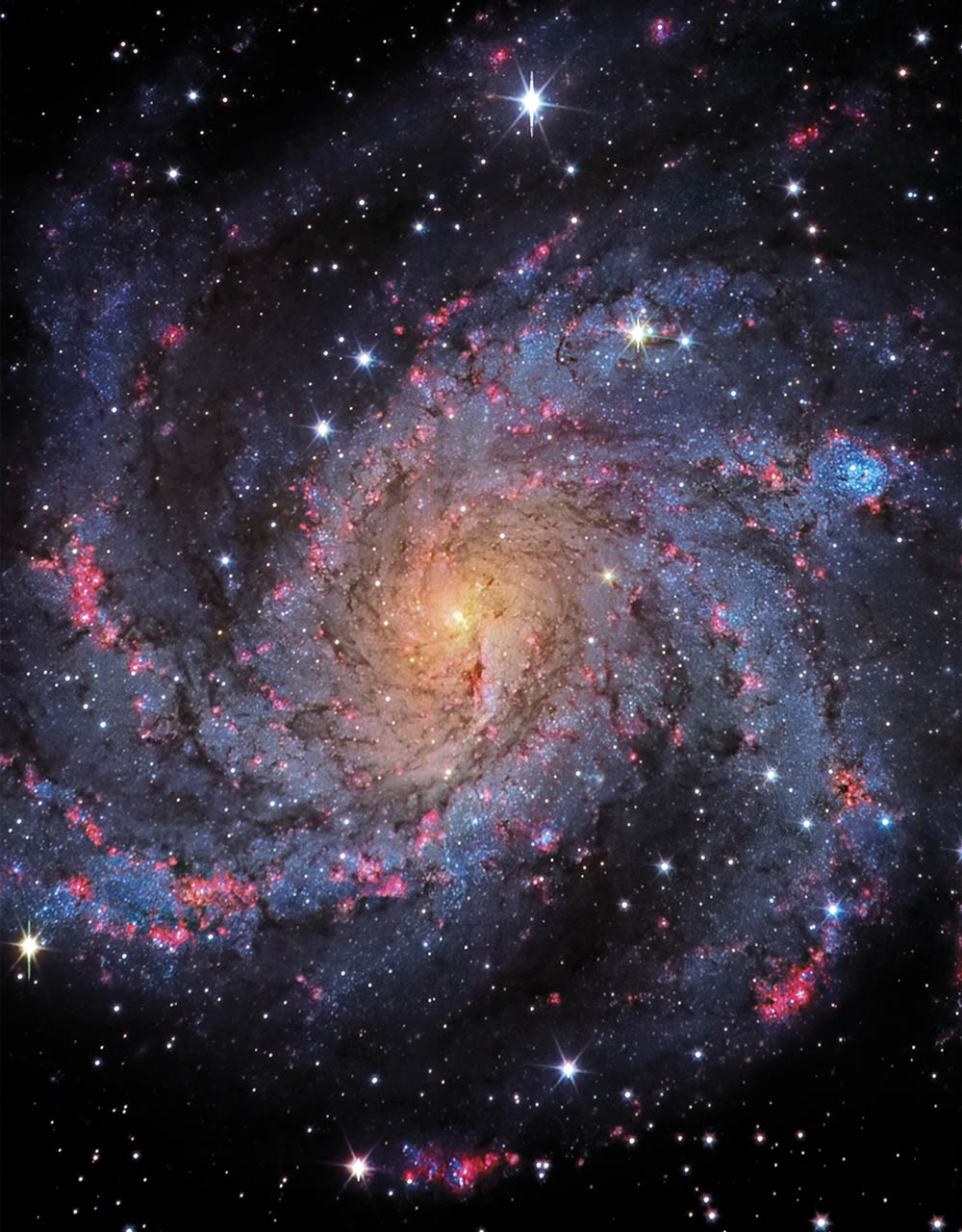 Biggest Eye on the Sky  The world’s largest single-aperture optical telescope is the Gran Telescopio Canarias (GTC), a reflecting telescope consisting of 36 hexagonal mirrors that work in unison to create a single 10.4 meter (409 inch) aperture. Located at the Roque de los Muchachos Observatory on the island of La Palma in the Canary Islands off the coast of Morocco, GTC was formally dedicated at a ceremony held ten years ago this week. GTC is operated by the Spanish Government, the Autonomous Community of the Canaries, Mexico, and the University of Florida. Because it is located at an altitude of 2,400 meters (7,800 ft), GTC enjoys clear skies nearly 300 nights per year. This GTC image shows the Fireworks Galaxy, NGC 6946, a nearly face-on spiral galaxy located about 10 million light-years away.