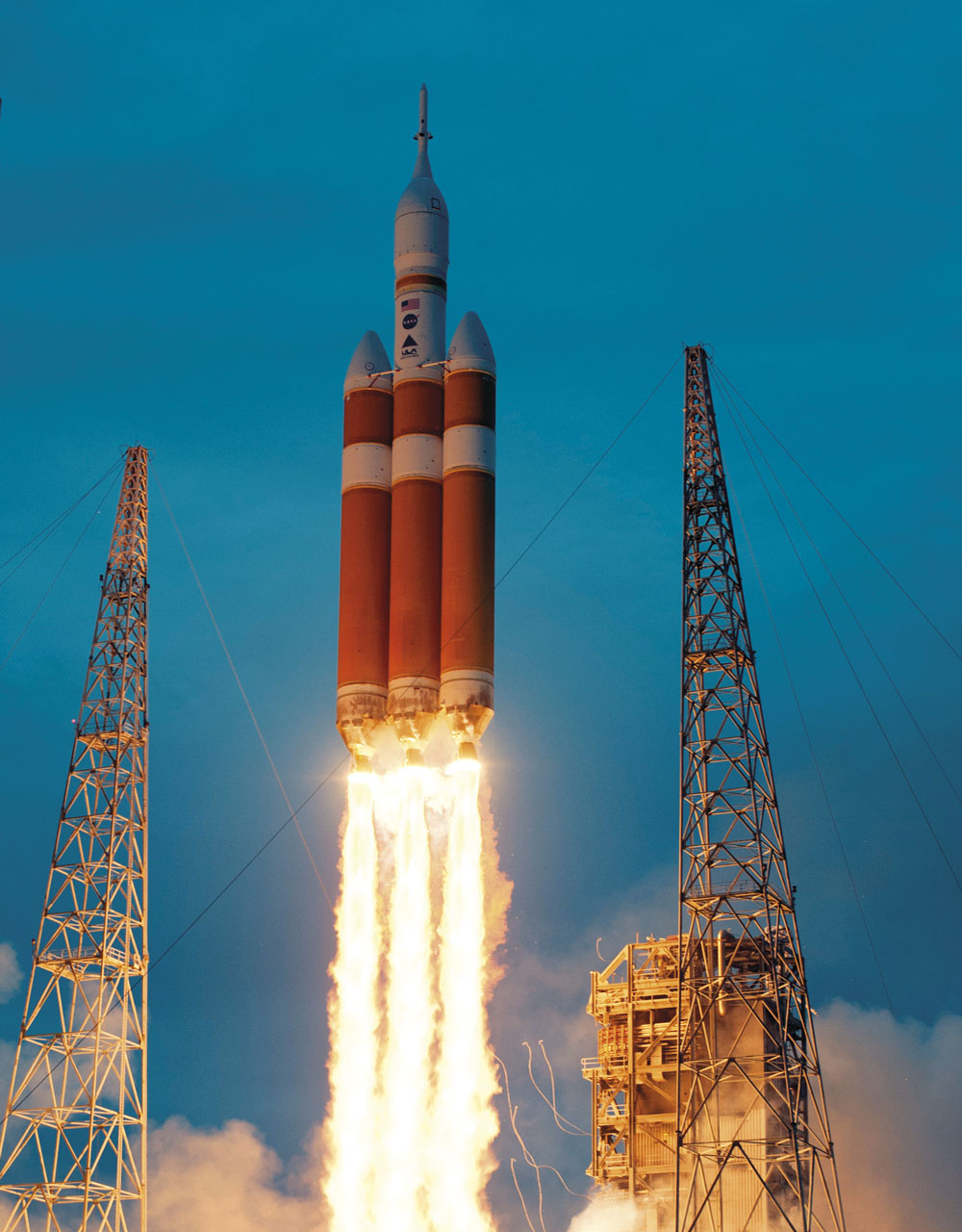 Orion Takes Flight  The Exploration Flight Test 1 (EFT-1) was the first test flight of NASA’s newest crewed spacecraft, Orion. Launched five years ago this week from Cape Canaveral’s Launch Complex 37B, the Orion spacecraft (without crew) rode atop a Delta IV Heavy rocket on what would be a four-hour, two-orbit flight to test Orion’s flight control systems and ability to withstand high-speed reentry conditions. On its second orbit, the conical Orion, which is a larger, modern version of the Apollo capsule, was propelled by the Delta’s second stage engine into a highly elliptical orbit that took it 5,800 km (3,600 mi) away from Earth. Upon reentry, Orion was traveling 32,000 km/h (20,000 mph), close to the speed it might achieve returning from future crewed missions in the vicinity of the Moon.

Pallas in conjunction with Sun