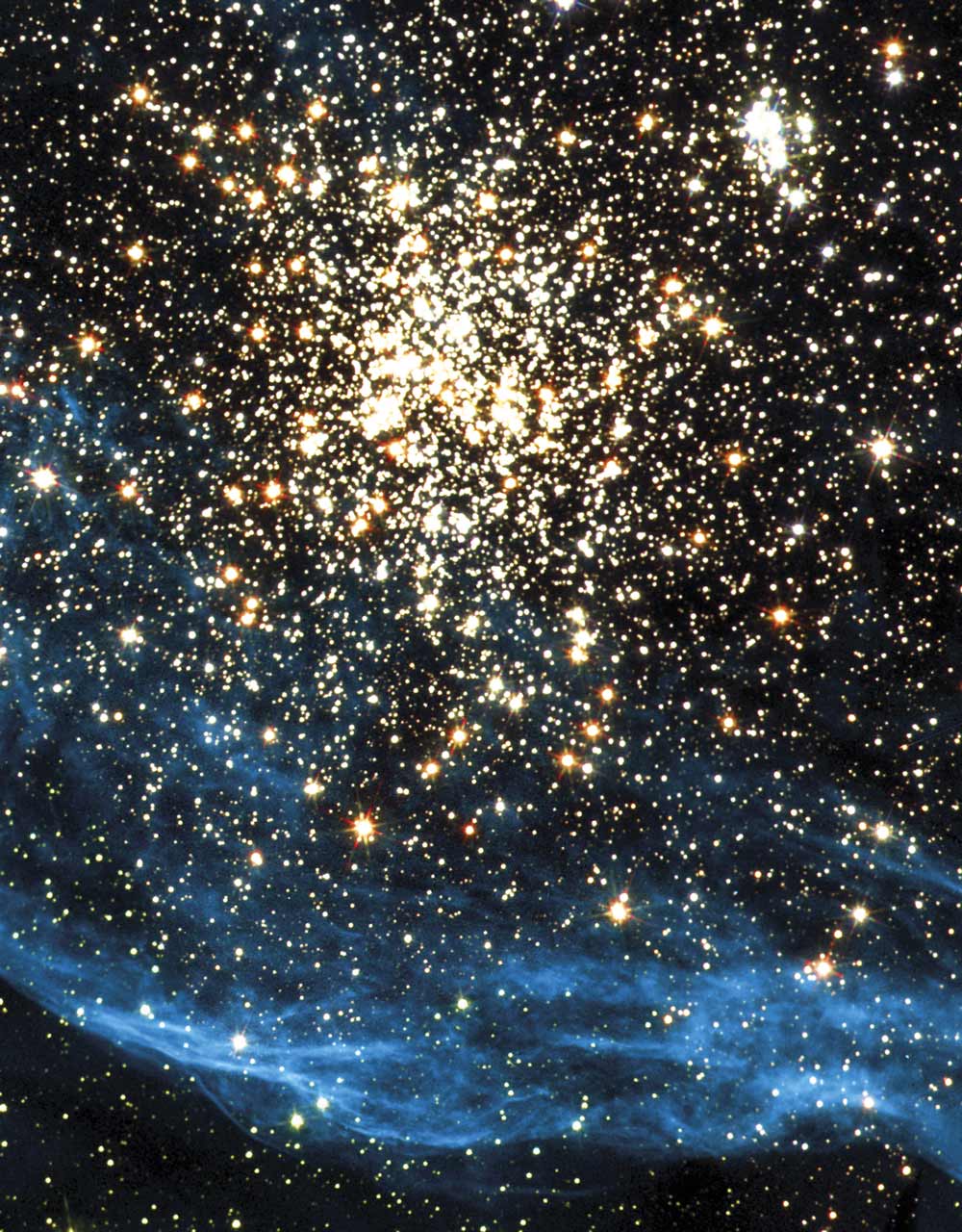 Two Clusters, Too Young  The open cluster NGC 1850 is an eye-catching object, a “super star cluster” surrounded by a filigree pattern of diffuse gas, which scientists believe was created by the explosion of massive stars.  NGC 1850 is the second brightest star cluster in the Large Magellanic Cloud, a satellite galaxy of our own Milky Way about 160,000 light-years away in the constellation Dorado. It is unlike nearly all globular clusters in our own galaxy because the two components of the cluster are both relatively young. It consists of a main globular-like cluster in the center, and an even younger, smaller cluster, seen above and to the right, composed of extremely hot blue stars and fainter red T-Tauri stars. The main cluster is 50 million years old; the smaller cluster is four million years old.