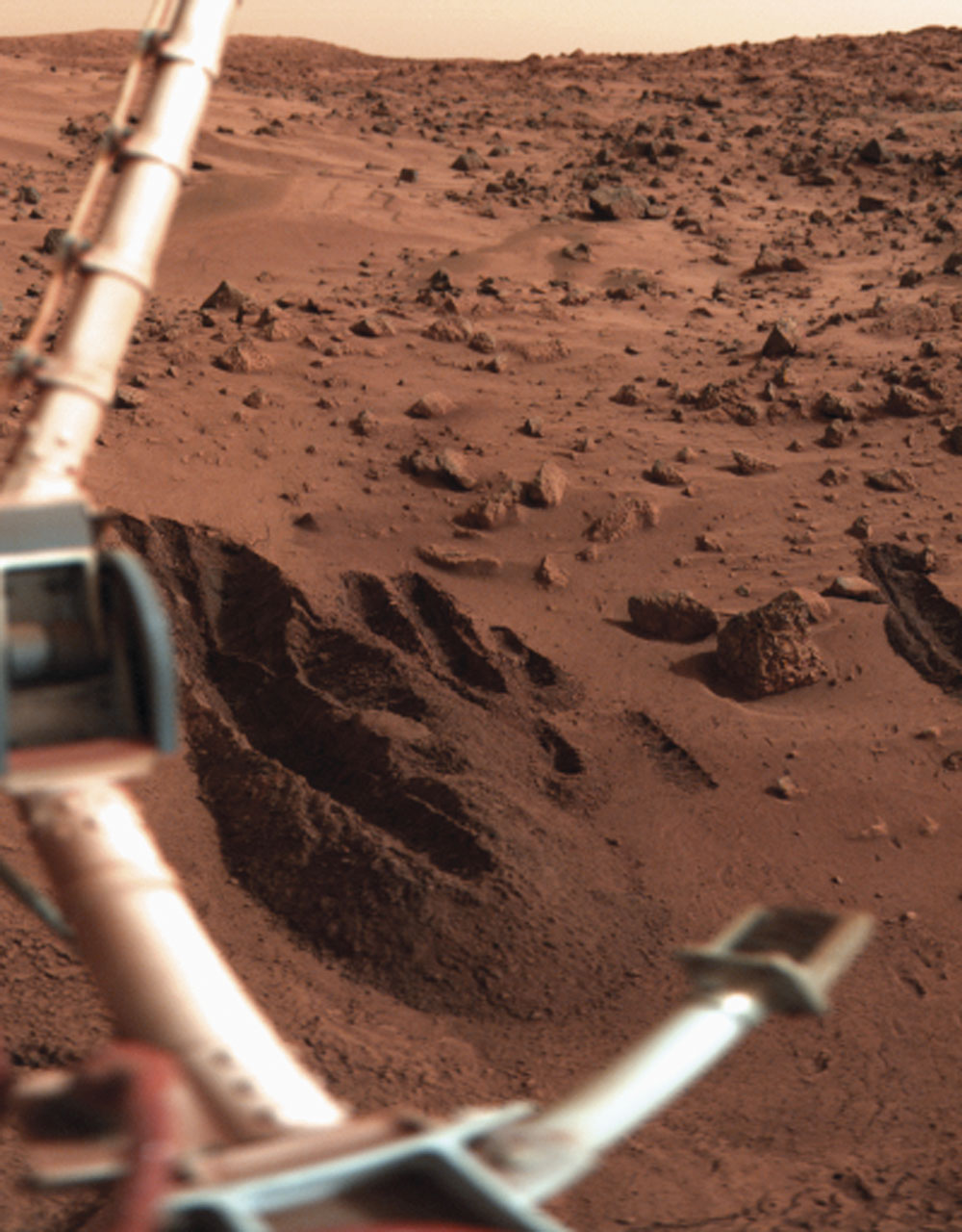 Sifting the Sands of Mars  Since humans first imagined that the wandering points of light in the night sky were worlds unto themselves, we have felt a strong desire to reach out and touch those distant places. It is human nature to poke and prod, to discover with our own hands, and we are fortunate that we live in an age where sheer distance is no longer a barrier for that kind of contact. Forty-five years ago this week, NASA launched the Viking 1 mission, which landed the first fully operational spacecraft on the surface of Mars. With its digging tool and sampling arm, Viking 1 could, at the behest of human controllers on Earth, fulfill a dream and reach out to sift the sands of Mars. In looking for signs of life on one planet, Viking 1 left behind a sign, scratched in the sand, of the life that exists on another.