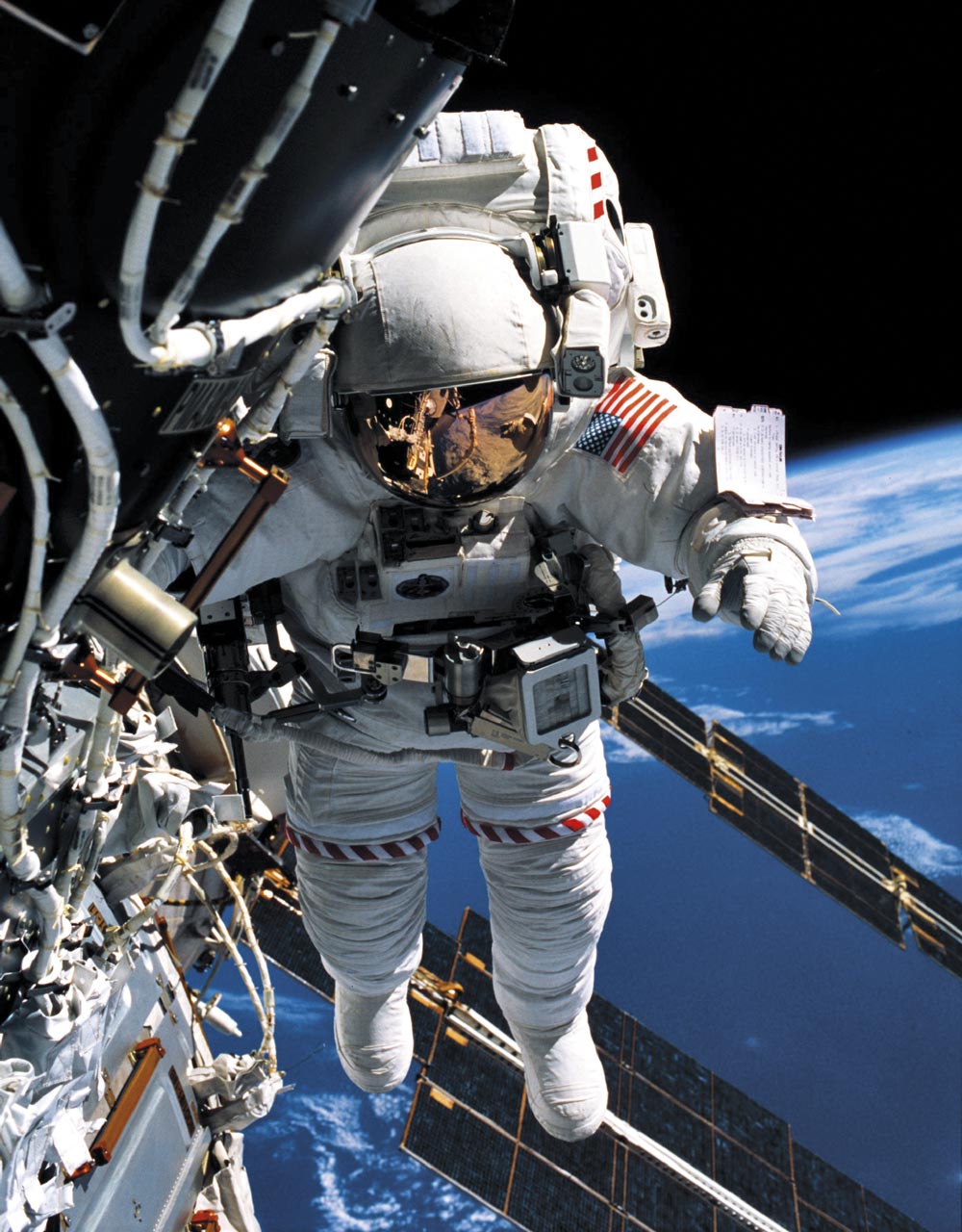 Shuttle Century, Finally  When it was originally conceived in the early 1970s, the space shuttle program was expected to launch a spacecraft into orbit once a week. In reality, the actual number of shuttle flights averaged less than five per year, owing mainly to the complexity of the shuttle system and to the Challenger and Columbia accidents, which grounded the fleet for several years. It was not until October 11, 2000, more than 19 years after the first shuttle flew, that the 100th space shuttle mission took place. STS-92, launched 20 years ago this week, was an assembly mission to the International Space Station which saw the delivery of the Z1 truss and Pressurized Mating Adapter-3. Seen here, astronaut Michael Lopez works outside the ISS to prepare it for permanent occupancy.