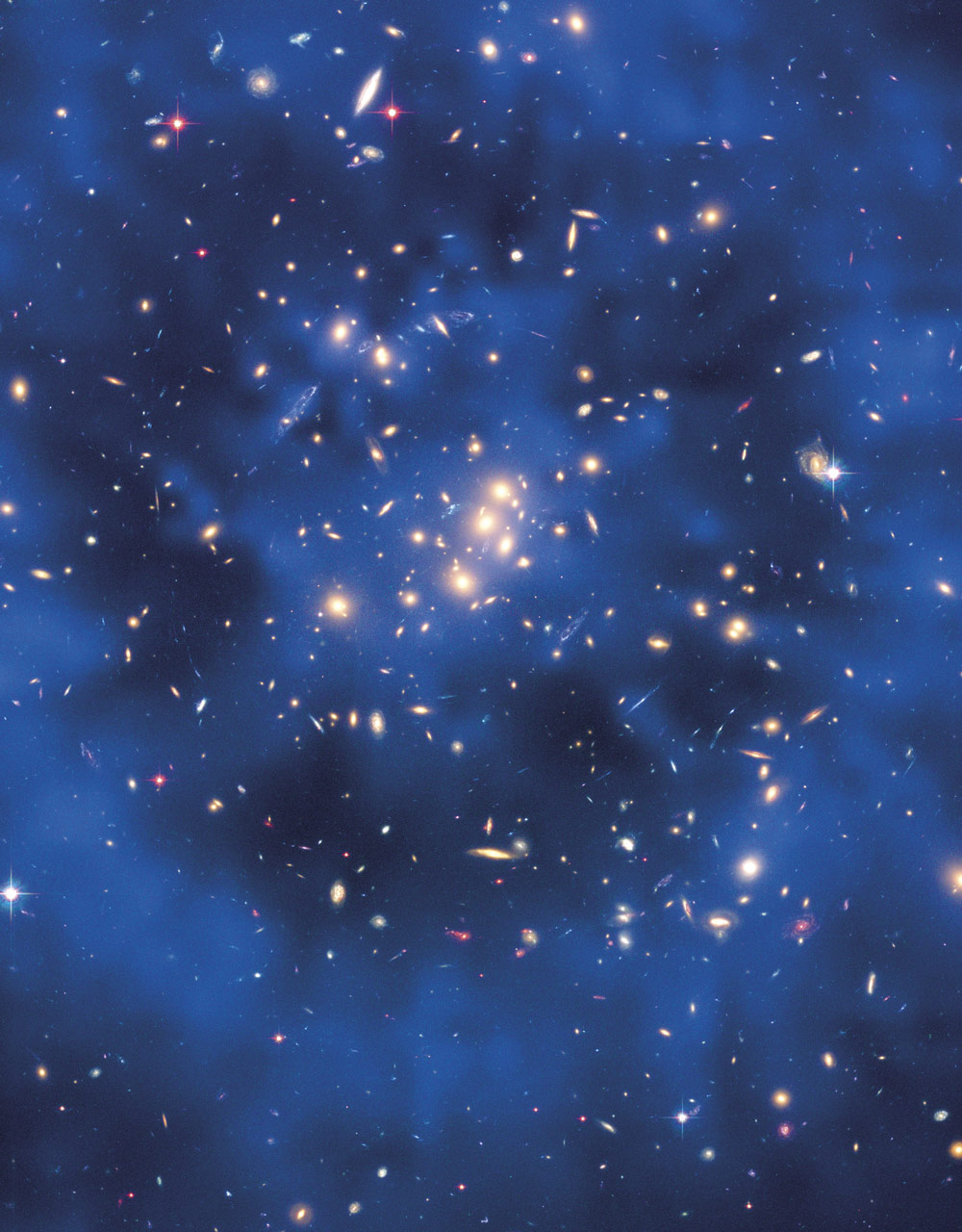 Shining a Light on Dark Matter  Dark matter makes up most of the material in the universe, while ordinary matter, which makes up stars and planets, comprises only a few percent of the material in the universe. Although dark matter itself cannot be observed directly, its existence in a galaxy cluster can be inferred by observing how its gravity bends the light of more distant background galaxies. The Hubble Space Telescope observed galaxy cluster CI 0024+17, some 5 billion light-years away, and discovered not only dark matter, but also its unexpected distribution in a ghostly ring shape, most likely caused by the long-ago collision of two clusters of galaxies. Nearly every object in the above image is a galaxy, with blue representing the distribution of the dark matter that distorts those background galaxies.