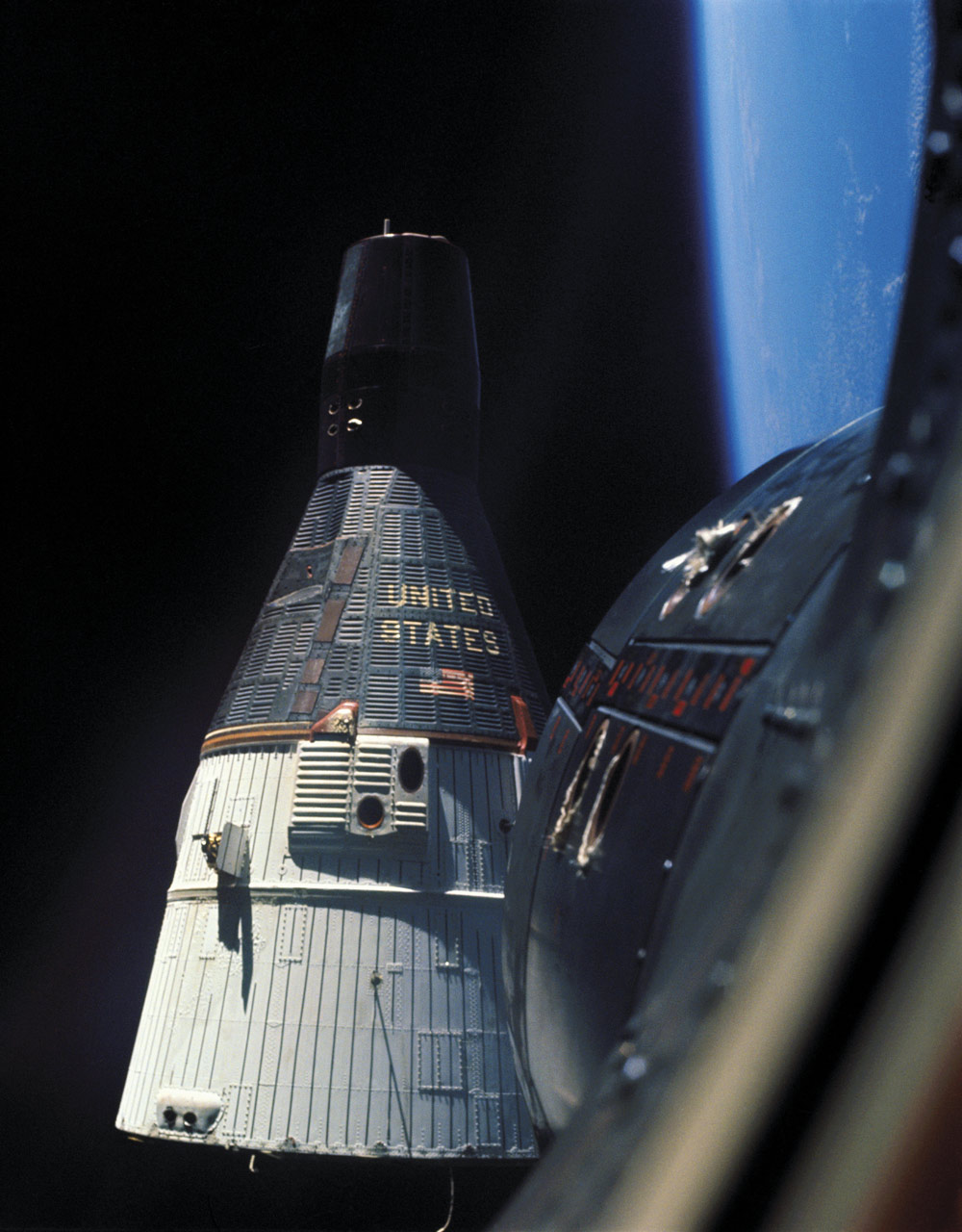 Quick Thinking   Gemini VI was supposed to be the first human space mission to rendezvous and dock with another spacecraft. An Atlas-Agena target vehicle was launched on October 25, 1965, about two hours before Gemini VI was supposed to be launched, but the target vehicle’s propulsion system failed, sending it to the bottom of the Atlantic Ocean. Moments after this failure, NASA engineers suggested that Gemini VI be postponed until Gemini VII was launched in December, so that Gemini VII could be used as a target for rendezvous (but not docking). So 55 years ago this week, Gemini VI blasted off to catch Gemini VII (seen here from Gemini VI), which had already been in space for two weeks. The two spacecraft came as close as one foot to each other during their historic five-hour encounter.