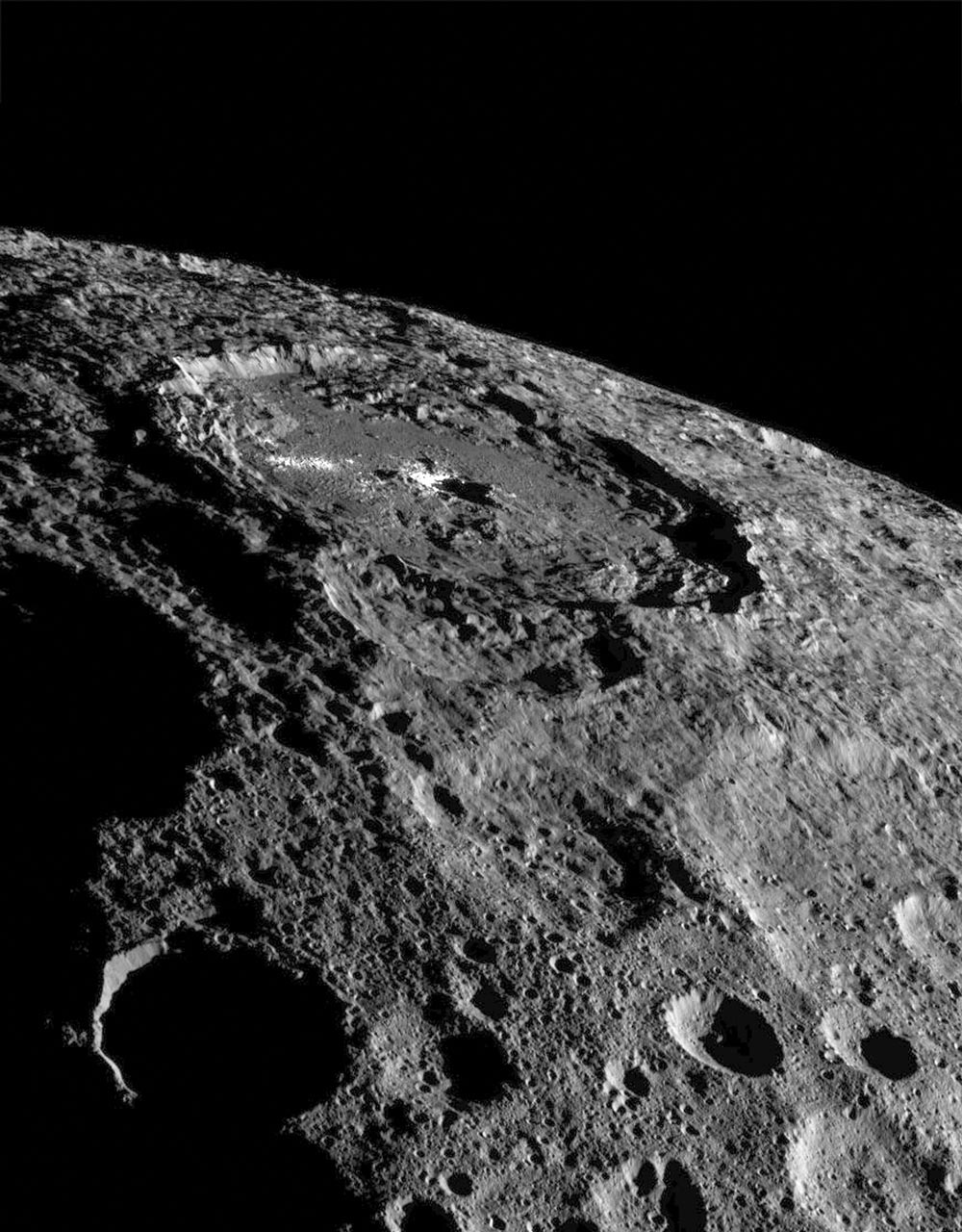 First Harvest of Asteroids  Astronomer Giuseppe Piazzi observed a moving point of light 220 years ago this week, which he first thought to be a comet, but soon believed was “something better.” What Piazzi observed was the first of a class of objects that would be known, because of their starlike appearance, as asteroids. Piazzi suggested naming the object after Ceres, the Roman goddess of agriculture and harvests (from which we derive the word “cereal”). At 950 km (600 mi) in diameter, Ceres is the largest of thousands of known asteroids that generally orbit between Mars and Jupiter. Since 2006 it has been labeled a dwarf planet. Only one spacecraft, Dawn, has visited Ceres. It orbited Ceres beginning in 2015 and returned data through 2018. This image shows Occator Crater on Ceres.